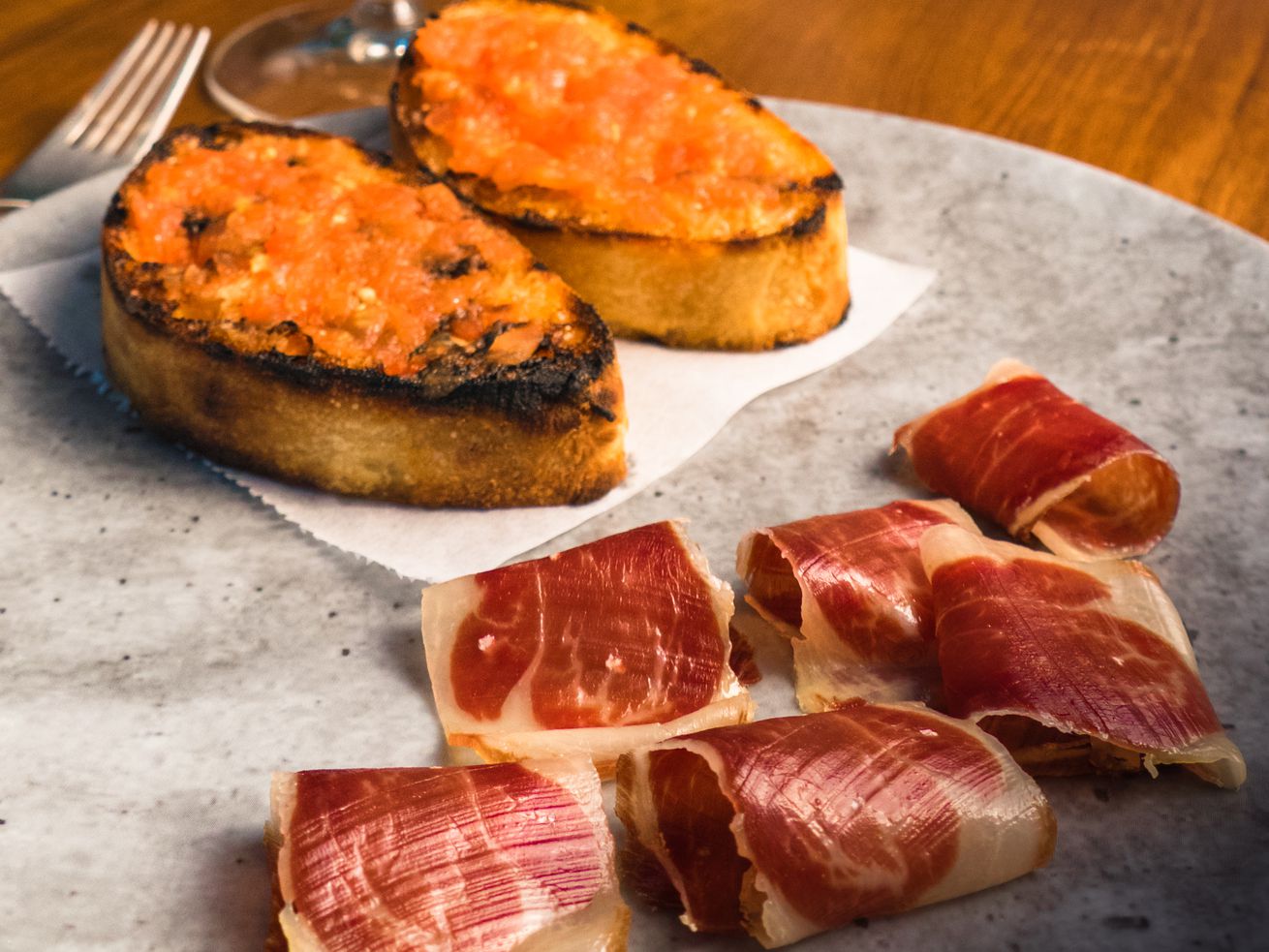 The family behind Telefèric Restaurant Group — which has tapas restaurants that have been strongholds in the Catalonia region for the past 25 years — are bringing their popular tapas and pintxos to Miami with the debut of Morrofino Barcelona (1500 Collins Avenue).

The modern Spanish dining and drinking den, located inside the new AxelBeach Miami hotel, is led by executive chef Julio Aguilera who did stints in Michelin-starred kitchens like Saison and Madrona Manor prior to coming to Miami. On the menu expect bites like the traditional patatas bravas and crab croquetas, along with updated classics like taco del ray, a Jamón Ibérico shell filled with Osetra caviar and smoked creme fraiche; white asparagus with burnt tomato dressing; and the foie ganador made with seared and smoked foie gras, burnt white chocolate, dehydrated olives and Moscatel de Malaga. Larger shareable dishes like paellas and 28-day dry-aged Basque-style Tomahawk steak can also be found on the menu.

New spins on Spanish cocktails like sangrias and gin and tonics fill the drink menu created by bar director Joseph David Cleveland including libations like the Sangria Barceloneta made with cava, brandy, red fruits, pineapple juice, peach, and rosemary, or the Catalan G&T with Mediterranean tonic, juniper, dill, raspberry, and grapefruit. Plus some “interactive” drinks can be found like Leche Frita topped with citrus brûlée torched at the table or the Permanent Midnight that is “revealed” under a cloud of smoke.

The restaurant itself is housed in a 40s art deco building, and boasts minimalist wood and white marble furnishings, with pops of neon and custom palm wallpaper, and is located just a few steps away from the hotel’s pool area.

Morrofino Barcelona is now open Tuesday to Sunday from 5 p.m. to midnight. For more information call 786-628-6373.