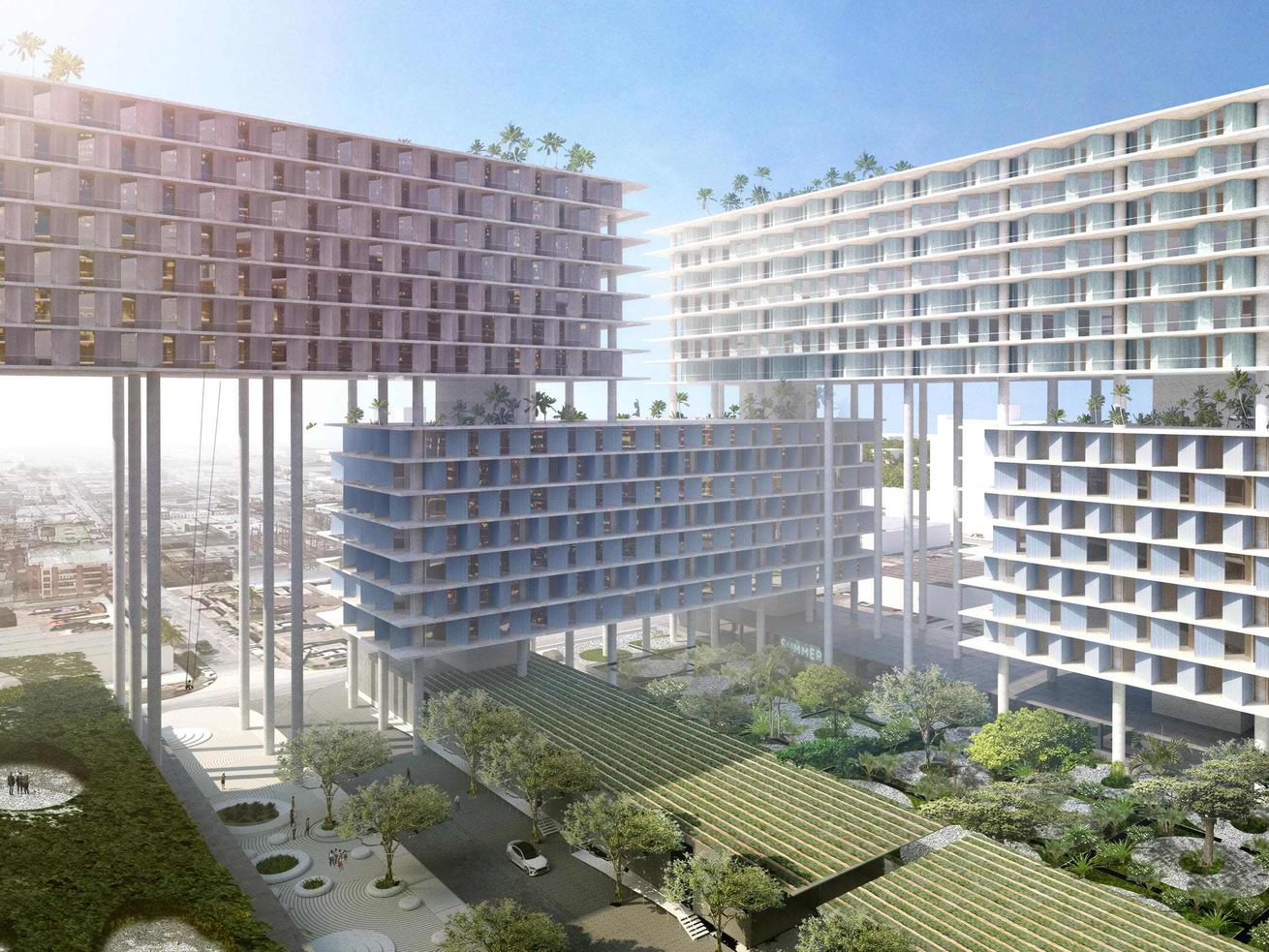 According to a special area plan Wennett filed with the city, the Miami Produce Center will top out at 19 stories. If zoning is approved, the megadevelopment will deliver a proposed 1,200 residential units, 231,000 square feet of office space, 114,000 square feet of hotel, 75,000 square feet of retail, a 76,000-square-foot school, and garage parking for 1,149 cars.

The project would occupy an eight-acre parcel surrounded by mostly industrial developments and existing produce wholesalers. The developer purchased the Allapattah site in 2016 for $16 million under the legal entity Miami Produce Center LLC.

Ingels’s architecture firm, Bjarke Ingels Group (BIG), was also responsible for a twisting twin-tower condo development in Coconut Grove. Known as Grove at Grand Bay, that project was completed in 2016.