Brad Kilgore is in the Running for a James Beard Award 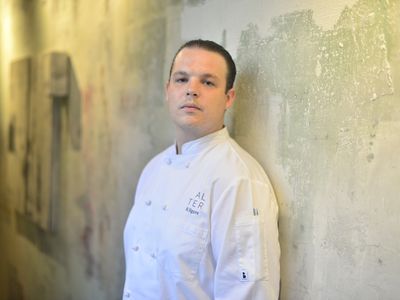 Only Florida chef to get a nomination

In February, the James Beard award semifinalists were announced, and today the finalists for the coveted awards were revealed. Making the cut was Alter’s Brad Kilgore, who is nominated along with five other chefs in the Best Chef South category, marking his first time being a finalist in the category.

Florida had a total of ten semifinalists for the 2018 Restaurant and Chef Awards, however Kilgore is the only one that made it to the final round. Miami’s semifinalists included Zak Stern from Zak the Baker, Janine Booth from Stiltsville Fish Bar and Ghee Indian Kitchen’s chef Niven Patel.

For those who want to find out how the committee comes to their decisions, here’s a little refresher. The winners are announced at the James Beard Awards Gala on May 17 in Chicago. Check out the full list of nominees here.