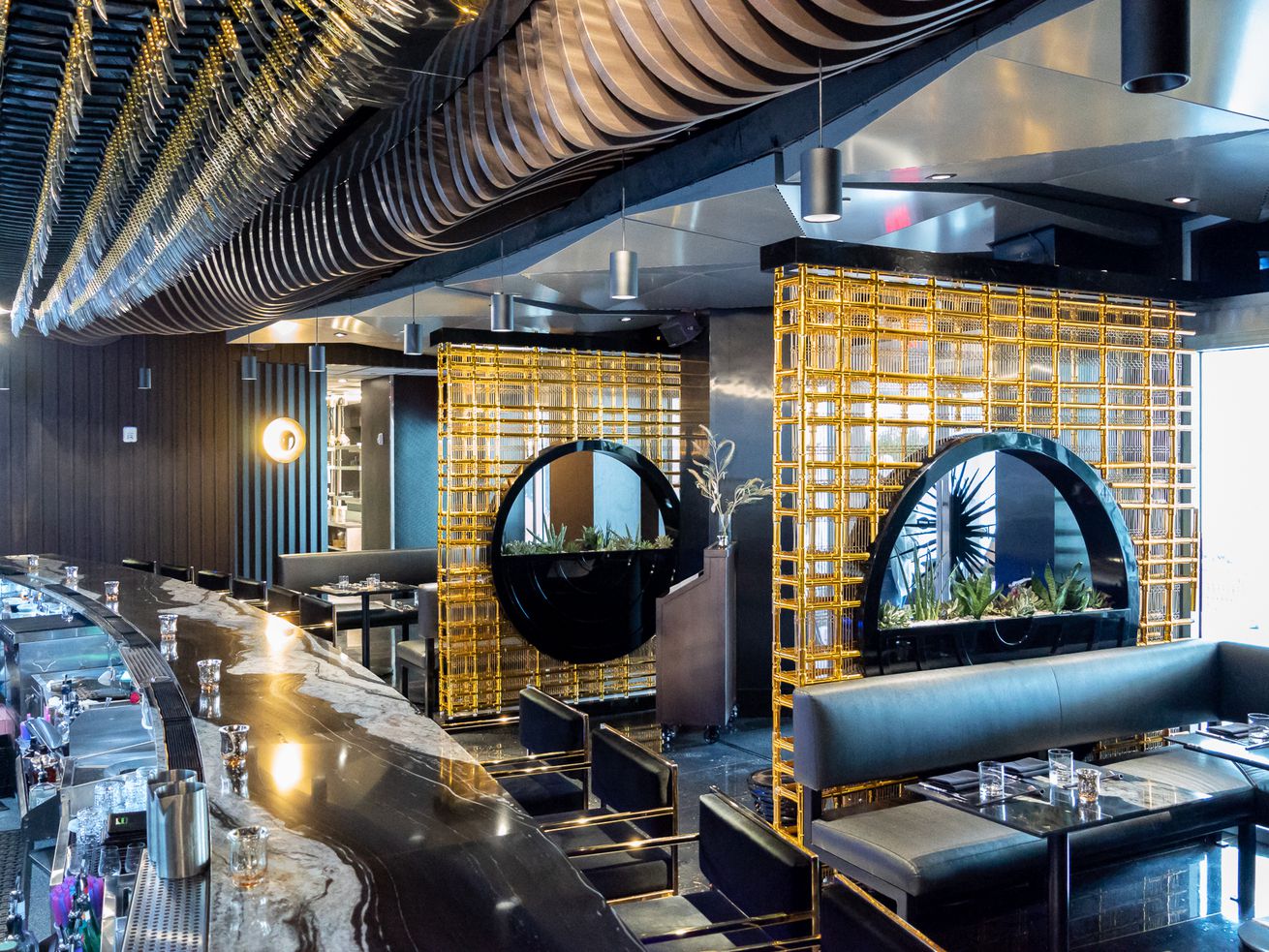 James Beard-nominated chef and restauranteur Brad Kilgore is at it again with the debut of his latest venture, Kaido, a new cocktail bar and lounge he created with Nico de Soto in the Miami Design District (151 NE 41 Street, Suite 217).

This marks Kilgore’s first time teaming up with cocktail guru Soto, who’s drink menu pays homage to Asian and Japanese flavors and techniques mixed with classic cocktails. Think drinks like the a sakura infused negroni, a jasmine gimlet, a soy-washed Japanese whiskey Hakkaido sour, along with a menu boasting a range of hard-to-find Japanese whiskies.

The food menu lends itself to a “non-traditional” dining setting, offering a variety of small plates such as blue crab Rangoon, glazed foie gras, and charred fingerlings with a truffle cream, along with larger dishes like uni fondue and Korean-style short ribs. Tasting menus are also available.

The 2,200-square-foot, indoor/outdoor space was envisioned by Miami-born designer, Mark Alan Diaz of MAD Designs, and was inspired by Tokyo cocktail bars with plenty of jewel tones and gold accents. The centerpiece of the space is its chandelier made with 1,200 gold knives that hangs over the 12-person bar. The space also features a ribbed ceiling, dark polished flood with gold radial symmetrical lines, and a large golden fisheye fixture.

And what’s a new bar without a hidden speakeasy? Kaido’s take on it, called AMA, can only be accessed through a special entrance and features blue and gold shimmering floors, shell chandeliers, Pachinko gaming machines and a massive photograph of Sea Diving Women of Japan, photographed by Fosco Mariani in 1954. For now, it serves the same menu as Kaido, but eventually will boast its own drink and food options.