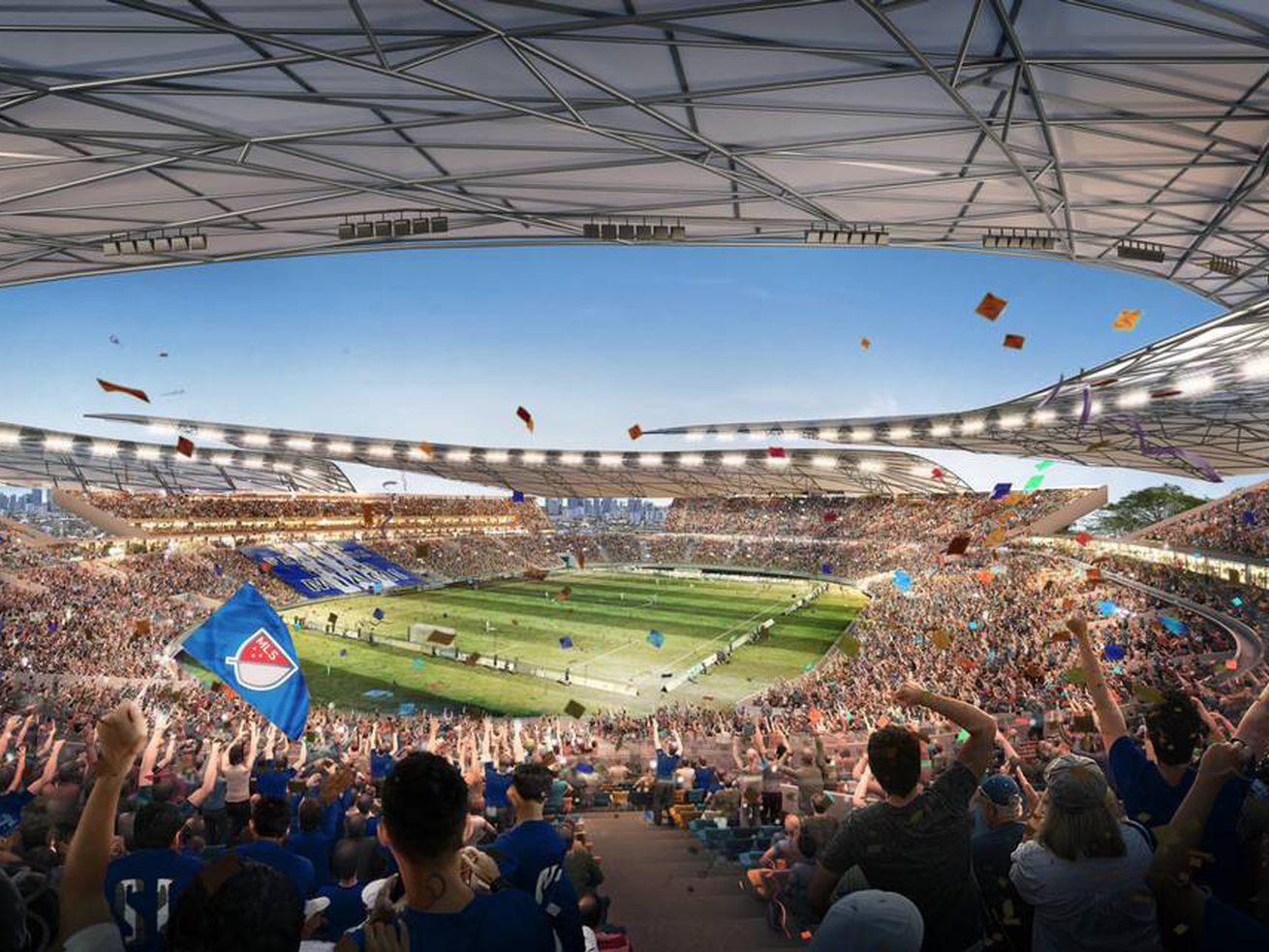 After five years and numerous false starts, David Beckham’s push to bring a Major League Soccer team to Miami is finally ready to go before residents as a referendum. City commissioners voted 3 to 2 in favor of giving the $1 billion Freedom Park proposal a place on the November ballot.

The current plan from Beckham and business partner Jorge Mas calls for a massive mixed-use complex at the site of Melreese Country Club, the city’s only municipal golf course. Located just east of Miami International Airport, the parcel is envisioned as the new home of 1 million square feet of office, retail, and commercial space, 750 hotel rooms, numerous public soccer fields, and a 25,000-seat soccer stadium designed by Arquitectonica.

DECISION: Miami residents will vote in November on whether to authorize the City to negotiate an agreement to develop Miami Freedom Park, the proposed home of David Beckham’s @futbolmiamimls. Commissioners approved putting it on the ballot in a 3-2 vote. #mls #soccer #futbol pic.twitter.com/KdA50jl5aj

City commissioners were originally expected to vote on the measure a week earlier but postponed following hours of comments from the public and testimony from Mr. Beckham himself. The meeting represented the retired soccer star’s first appearance in front of city officials since the process first began in 2013, noted the Miami Herald.

While the Freedom Park plan has plenty of vocal pro-soccer boosters, equally passionate opponents have organized to save the Melreese Country Club golf course and its popular youth program. Another concern with the plan is the need to remediate toxic incinerator ash found in the soil and whether the city would bear any of those costs.

The measure on the November ballot would ask voters if the city should negotiate a no-bid lease agreement with Beckham and Mas—a move that would be at odds with the city’s existing competitive bidding rules. Should residents ultimately approve the measure, the stadium lease agreement would go back before the commission to get fleshed out.

Such an agreement would require a 4-vote supermajority so at least one of the two commissioners who voted against the proposal—Manolo Reyes or Willy Gort—would need to modify their earlier position.