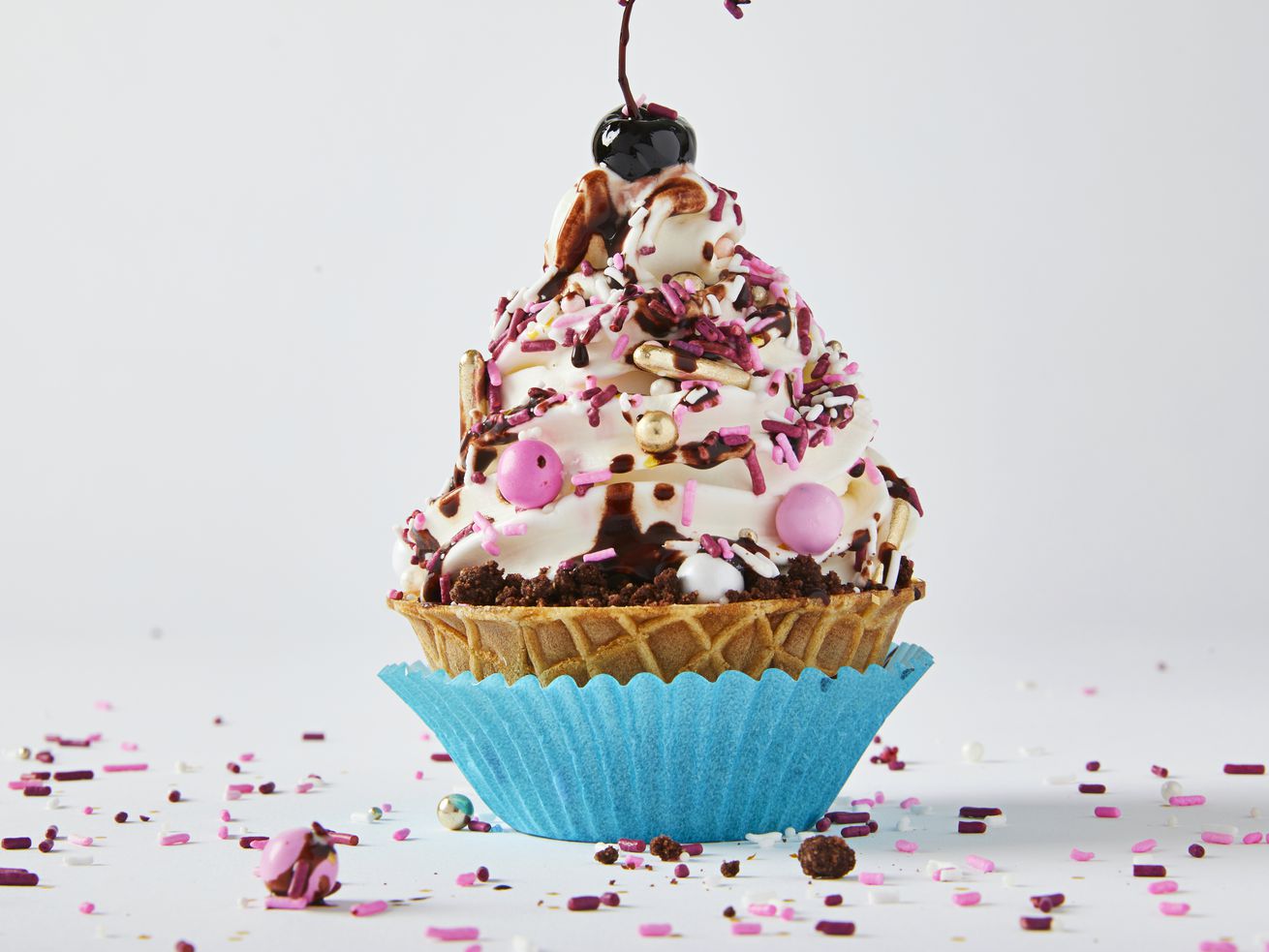 It’s most well-know dessert are the ice cream cupcakes, where a cupcake cone is filled with a mixture of birthday cake, red velvet cake, or tres leches cake blended with an ice cream base to create a “cake ice cream.” Each is topped with a different soft-serve “frosting,” a crumble, sauce, sprinkles, and, of course, a cherry.

Other highlights include the macaron ice cream sandwiches made with macaron shells filled with ice cream and rolled in cookies and candies, and “cakesicles” which are best described as slices of ice cream cake on a stick, coated in bright chocolate, and topped with candies. For those wanting something a bit more traditional, 10 different flavors of ice creams and sorbets are also available by the scoop and can be topped with a variety of crumbles, sauces, and sprinkles.

The modern, 700-square-foot space, is designed French Architect Pierre Yves-Rochon, who also designed Le Jardinier and L’Atelier de Joël Robuchon. It boasts a black and white marble floor, with pops of teal and blue on the backsplashes and in circular spotlights on the ceiling. A round table in the center of shop acts as a centerpiece, while a small dining counter as well as several outdoor patio tables are set up outside for ice cream eating.

Frohzen is now open Tuesday to Sunday from noon to 8 p.m.