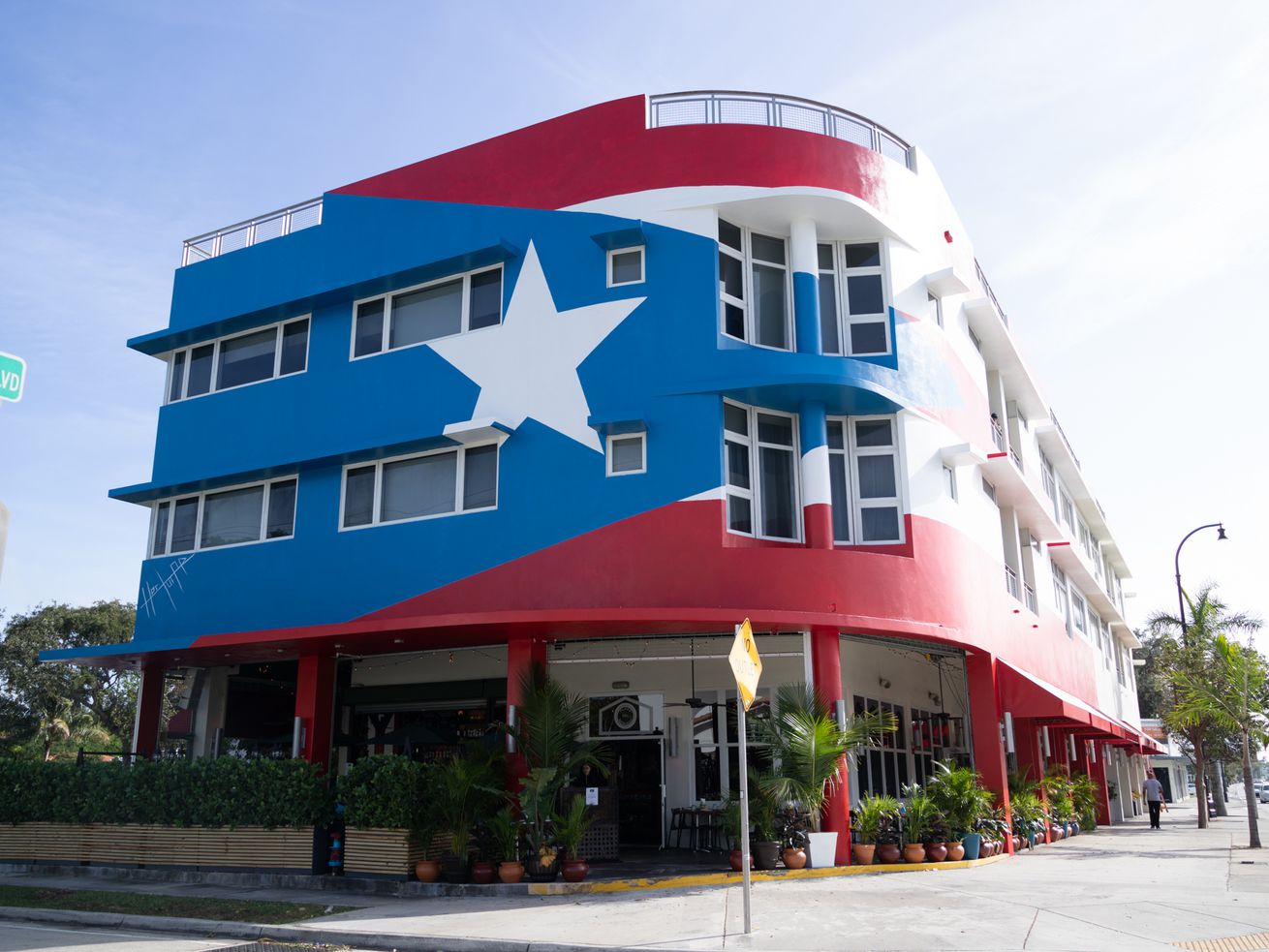 Jose Mendin has channeled his Puerto Rican roots for his latest restaurant, La Placita, which debuted in MiMo on New Year’s Day at 6789 Biscayne Boulevard in the former Balans space.

For the new restaurant the Pubbelly mastermind teamed up with Latin American TV and soap opera star, Julian Gil. The eatery is inspired by San Juan’s colorful Mercado Santurce, which locals call “La Placita.” The menu keeps with the traditional street food flavors found in Puerto Rico, think dishes like arepas filled with octopus, conch or ceviche; salted cod fritters; a Puerto Rican-Spanish seafood stew; and a sweet plantain, short rib and béchamel pie. The main attraction, however, is the “Mofongo Shop” where guests can make their own combo of Puerto Rico’s national dish, featuring mashed fried plantains as its main ingredient and topped with proteins like shredded beef and garlic shrimp.

The colorful space continues with the Puerto Rican inspiration, channeling colorful interiors that mimic those of Old San Juan. And every weekend, the venue’s 6,000 square-feet of semi-private space plans to turn into a food market with local vendors from across South Florida for its “Market Days” complete with live music, food and entertainment.

But the much anticipated eatery’s opening has been swirled in controversy. The exterior of the restaurant’s facade has been painted with a rendition of the Puerto Rican flag by artist Hector Collazo Hernandez, which Mendin and team say was approved but neighbors claim otherwise.

The issue at hand is that La Placita is housed in Miami Modern district, which is a historic district and adheres by strict building codes. According to The Miami Herald the restaurant failed to apply to the historic preservation board for approval before commissioning the painting. However, the restaurant is housed in a building that was built in 2009 and while the restaurant “made an initial assessment to learn if the building was categorized as historical and confirmed it was not listed as such, being a 2009 construction,” the Herald reported.

Now the restaurant has 30 days to address the mural controversy with the city or they may have to paint over it. Reps for the restaurant assure Eater saying they are, “working with local entities to do whatever is necessary to keep it.” And at press time more than 80,000 people have signed the petition to keep the mural in place.