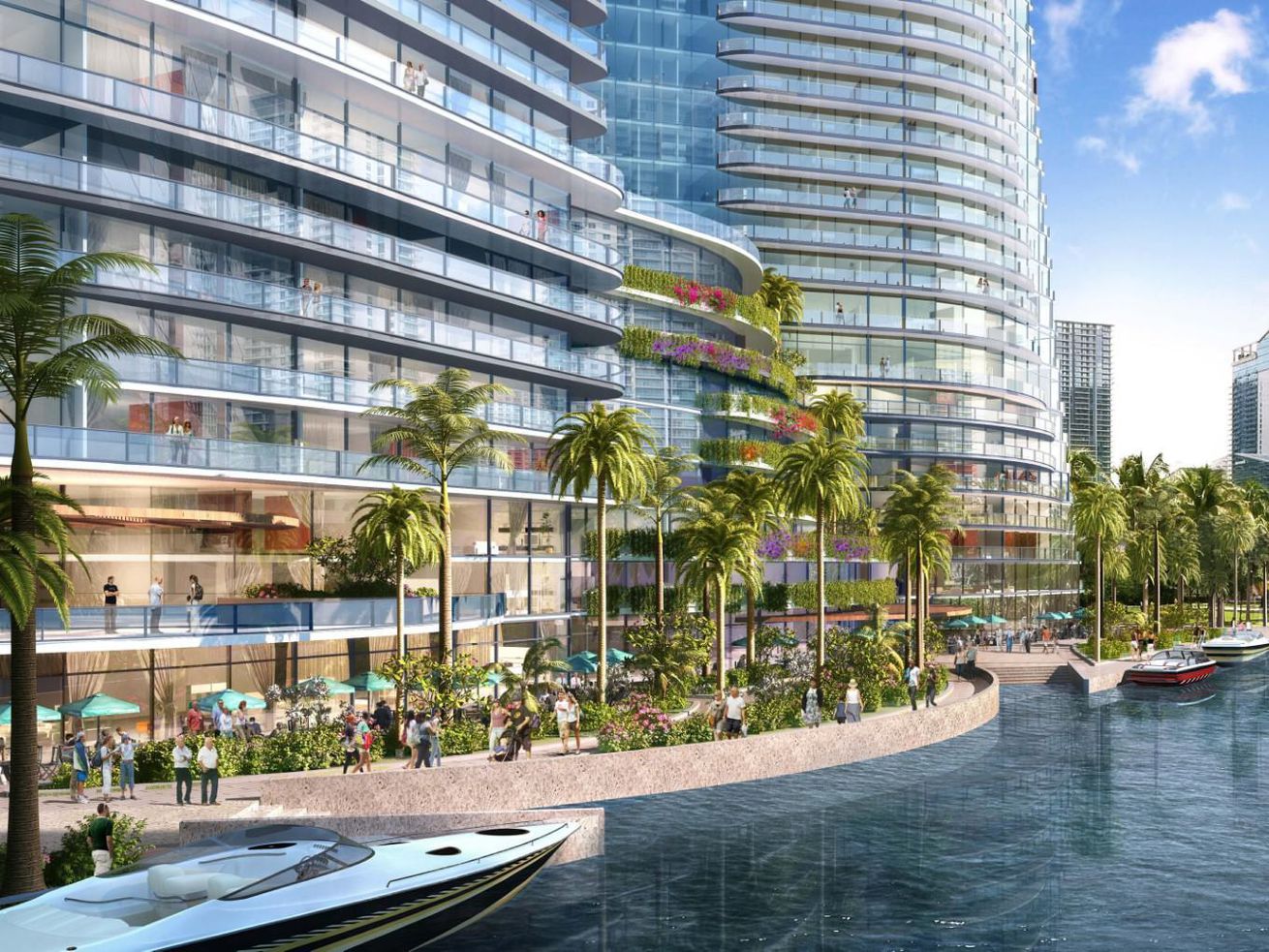 Miami-based Adler Group has released an updated version of its plan to transform a prime piece of downtown riverfront real estate into a mixed-use, multi-building development.

Although the plan gained the approval of the Miami River Commission’s Urban Infill and Greenways Subcommittee earlier this week, residents will have final say on the project when they vote on a measure to transfer the land from the city to the developers. That vote is expected to take place in November.