How it Works:  There is no membership or sign-up required to enjoy Miami Spice. Simply visit the individual webpage of the restaurant you want to visit and make sure to check the days of the week that the restaurant offers Miami Spice lunch/brunch or dinner.  Reservations are strongly recommended.

During the month of August and September, The WiseCat (with a group of 3-7 highly skilled Foodies) will be sampling the best Miami has to offer and will share our Top 10 Favorites (in a variety of cuisines) for you.  If you live in the Miami area you do not want to miss out on this.

If you’re planning to visit us in the Miami area to purchase an oceanfront condo in Miami Beach, a luxury hi-rise condo in Brickell, or a waterfront house on one of the Miami Beach Islands, try to do it now – so you can enjoy a great meal with huge savings!

Get Wise with WiseCat Realtors! 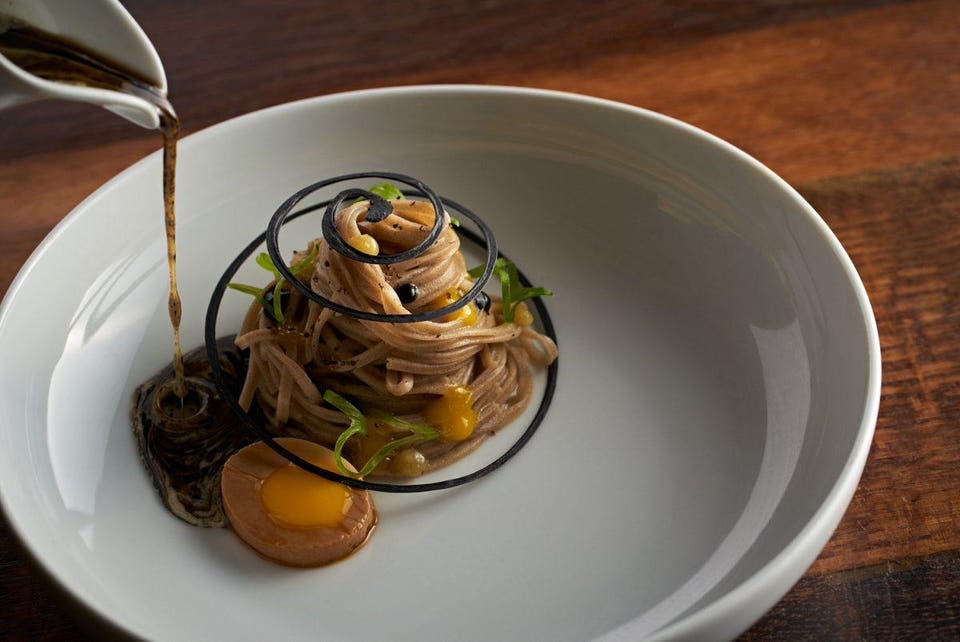 For Miami Spice 2018, Brad Kilgore’s Alter in Wynwood will be doing dinner service for the first time. Their Soba ‘carbonara,’ uni-bacon dashi, charred onion will be part of the menu.

The months of August and September in Miami are important for anyone who truly loves food. Miami Spice, a two-month-long restaurant promotion, is the Greater Miami Convention & Visitors Bureau’s (GMCVB) response to what’s regarded as the city’s “low season.” From August 1 through September 30, 2018, upscale and fine-dining restaurants will offer three-course prix-fixe Miami Spice menus at reduced prices (per person) of $23 lunch / brunch, and $39 for dinner. These prices include an appetizer, entrée and dessert. (Tax, tip, libations and service charges are additional.)

“We are very excited to participate for the first time,” says three-month-old Obra Kitchen Table chef-owner Carlos Garcia, whose Alto in Caracas, Venezuela had been a mainstay on the Latin America’s 50 Best Restaurants list. “It is a movement that unites Miami restaurants to provide local customers and tourists the opportunity to experience new gastronomic offerings.” 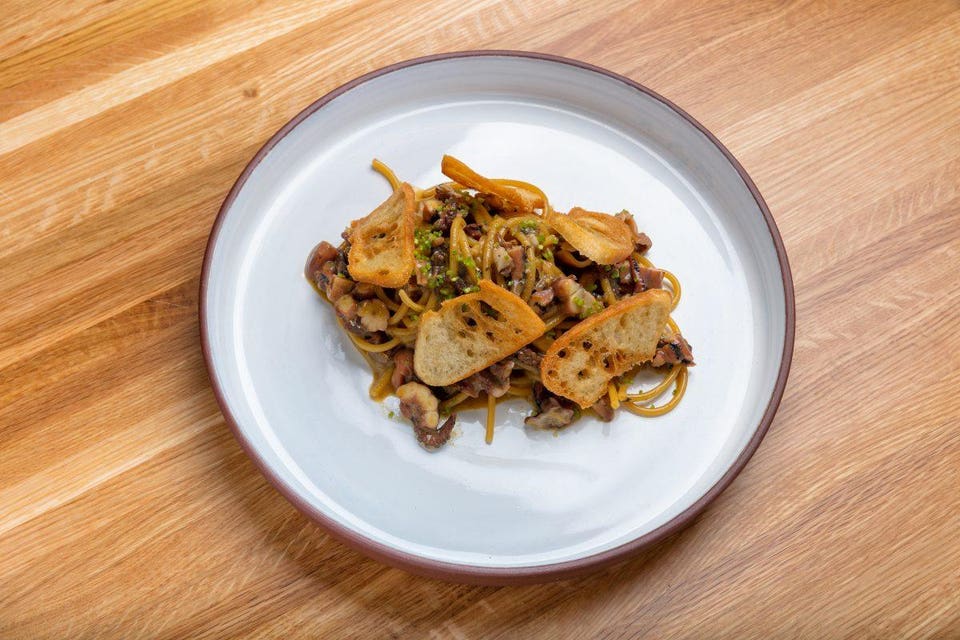 Three-month-old Obra Kitchen Table by Venezuelan chef Carlos Garcia is a first time participant. They will be serving their Bucatini Octopus Carbonara

The Betsy Hotel’s pizzeria The Alley is also a first-time participant. “Miami Spice is part of the local tradition and one of the essential platforms to showcase what we are doing for the local guests during the summer,” shares executive chef Danny Ganem. “It also gives us the opportunity to get our hands on some really cool ingredients like stone fruit, Mangrove snapper, and use different techniques.” 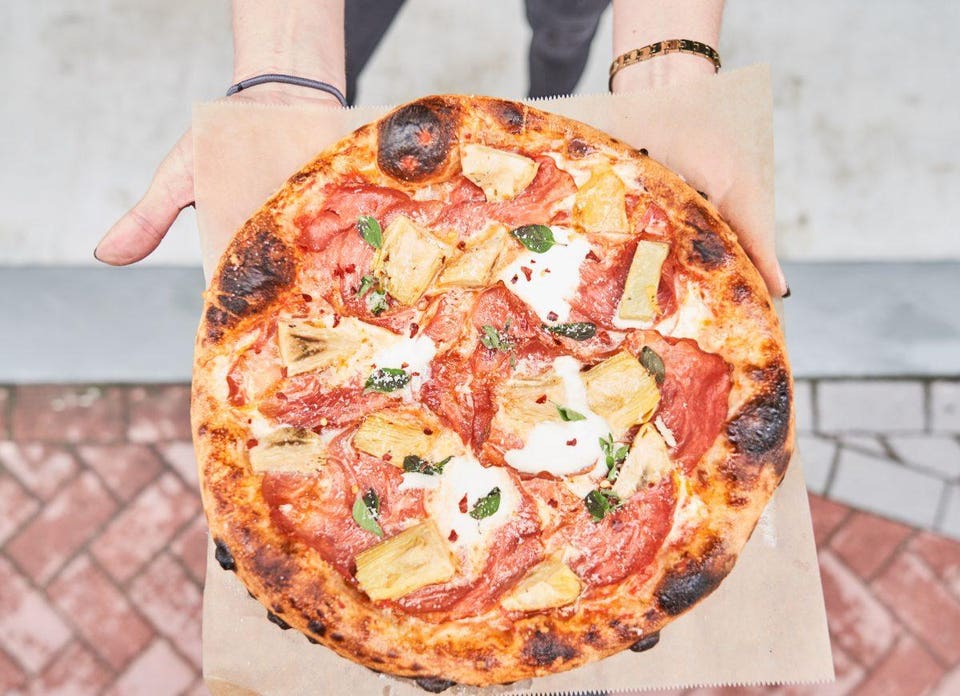 The Alley, The Betsy Hotel’s pizzeria, which opened late 2017, will be serving its Capicola: artichoke pizza with stracchino cheese

Pubbelly Sushi, which has notable presence in Miami, now with four locations, is joining for the first time this year. “Now [that] we have restaurants in Dadeland and Aventura, we want to reach out to more locals,” says Jose Mendin, chef-owner and five-time semifinalist for the James Beard Awards.

Alter, led by 2018 James Beard finalist Brad Kilgore (the first Miami-based chef to make the cut since 2013), which is also listed on the World’s 50 Best Restaurants Discovery Series, is participating for dinner service for the first time this year (previously, they had done only lunch service.) “We decided to do something a bit different this summer. We have been offering our tasting menus of five and seven courses, as well as an ala carte menu where we have both our seasonal creations, and a retrospective look back at the last three years highlighting our ‘greatest hits.’ We thought those greatest hits would be perfect for Miami Spice.”

Many of Miami’s celebrated restaurants have become yearly participants, and this year they look forward to offering something new.

The Bazaar by Jose Andres at SLS South Beach is now helmed by chef de cuisine Karla Hoyos (since February 2018) who has injected a fresh spin to the menu. “It allows us to reach out to our local guests and give them the opportunity to experience the full Bazaar experience both with food and service as chef Jose Andres intended,” she shares. 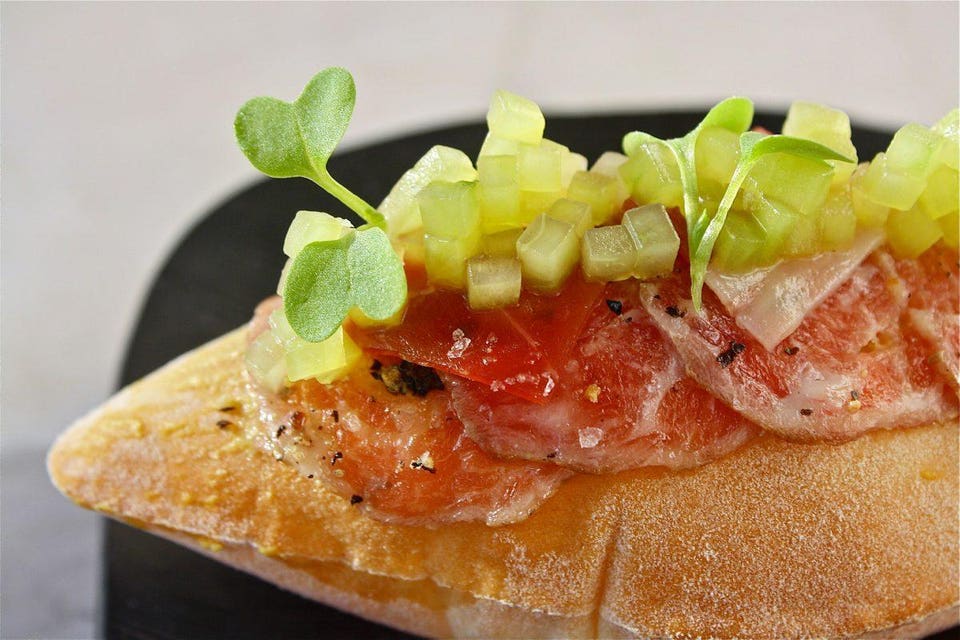 The Bazaar by Jose Andres’ (South Beach) take on the local Cubano, an air bread filled with Swiss cheese espuma, Iberico and mustard

Toscana Divino’s Andrea Marchesin is looking forward to presenting a mix of “classic and innovative dishes.” La Mar by Gaston Acurio at the Mandarin Oriental, led by executive chef Diego Oka, will serve their Miami favorites as well as some new dishes from their Peru outpost. “This may be happening in the lowest season of Miami, but that doesn’t mean it is slow in the restaurants,” says Oka.

Santiago Gomez, whose Cantina La 20 is participating for the third year, adds, “Miami Spice brings new clients who are waiting for this opportunity to visit and enjoy many restaurants in Miami with different concepts, and these clients can become loyal customers after experiencing the restaurant during Miami Spice.” 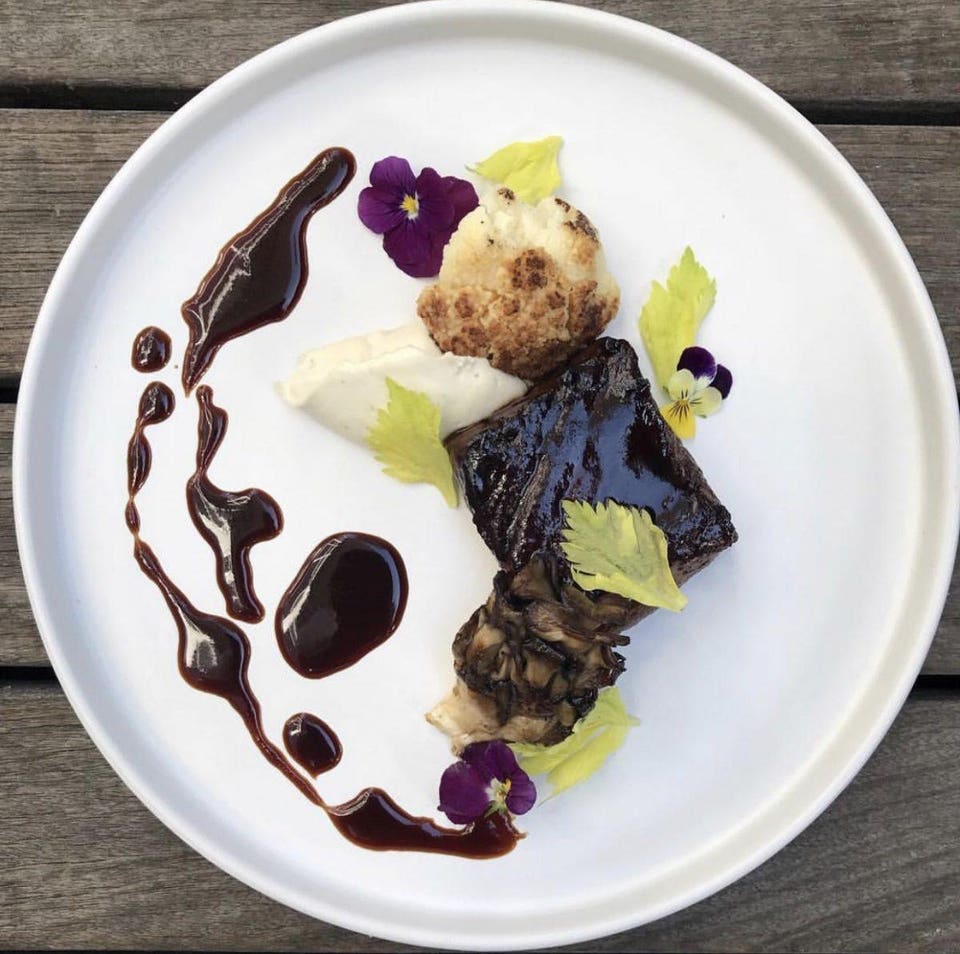 Short rib, cauliflower puree and roasted maitake at Cantina Ala 20

Need ideas for where to go for Miami Spice 2018?  Here are a few recommended articles:

Add!kt at the W Miami*

Bazaar by José Andrés, The

Fifi’s On The Beach Seafood Restaurant

Gianni’s At The Villa

Grill on the Alley, The*

Jaya, at The Setai

Larios on the Beach

Ortanique on the Mile

Strada in the Grove

Watr at the 1 Hotel South Beach

More restaurants will be signing up through August. For more information on Miami Spice, the menus and special events, please visit www.iLoveMiamiSpice.com.