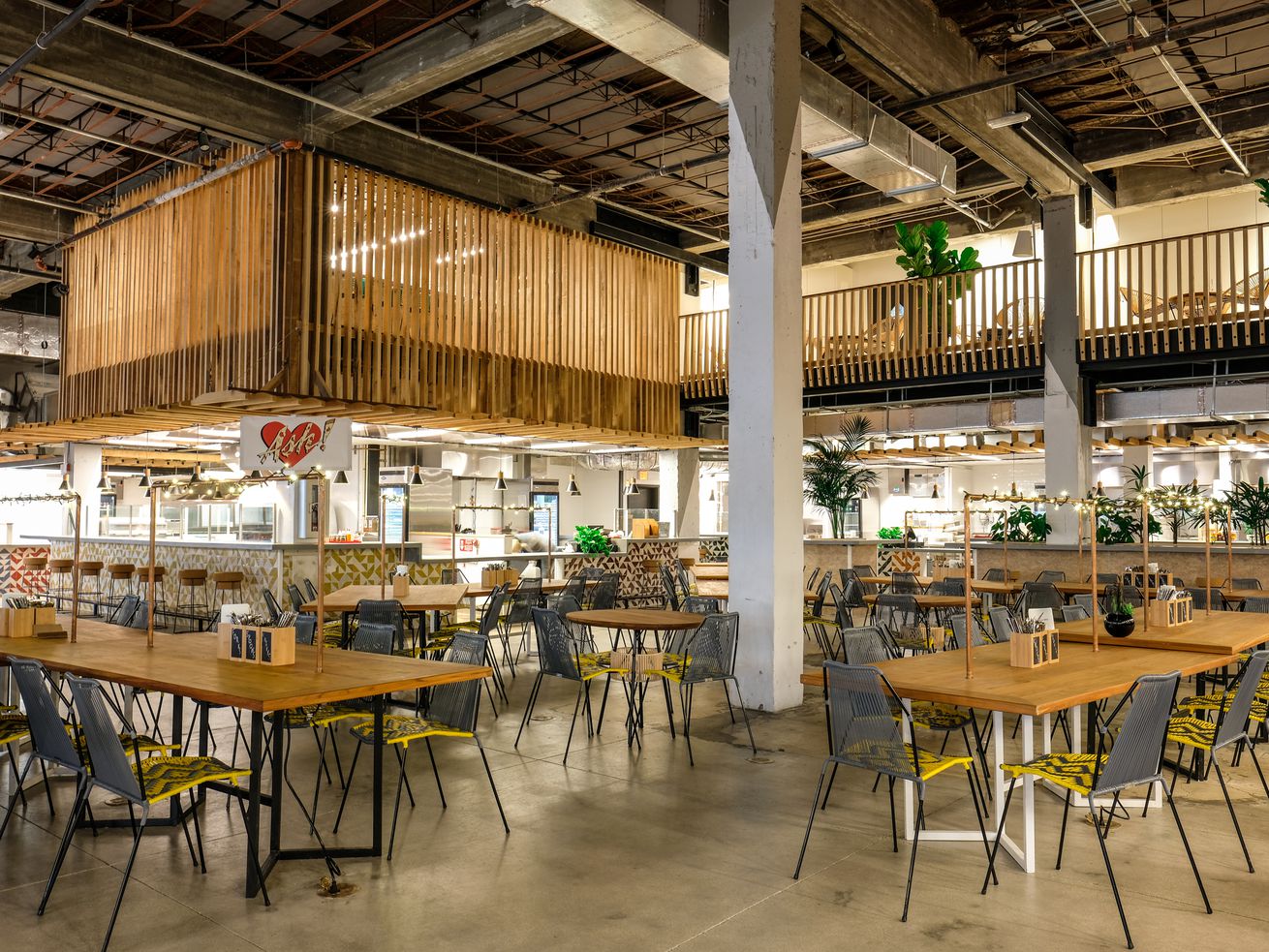 With 15 eateries and a marketplace

South Florida’s food call craze is in full drive, and the latest to debut is The Citadel (8300 NE Second Avenue), which opened to the public this weekend. The much-anticipated food hall boasts 15 different food and beverage outposts plus a rooftop bar, marketplace and even a radio production studio.

Originally built in 1951 as a First Federal Savings & Loan Bank, the building was redesigned in 2016 to preserve the original landmark’s MiMo architectural style. The 62,000-square-foot, mixed-use building is filled with food outposts that are both familiar and not-so-familiar in South Florida, including the 15,000-square-foot food hall.