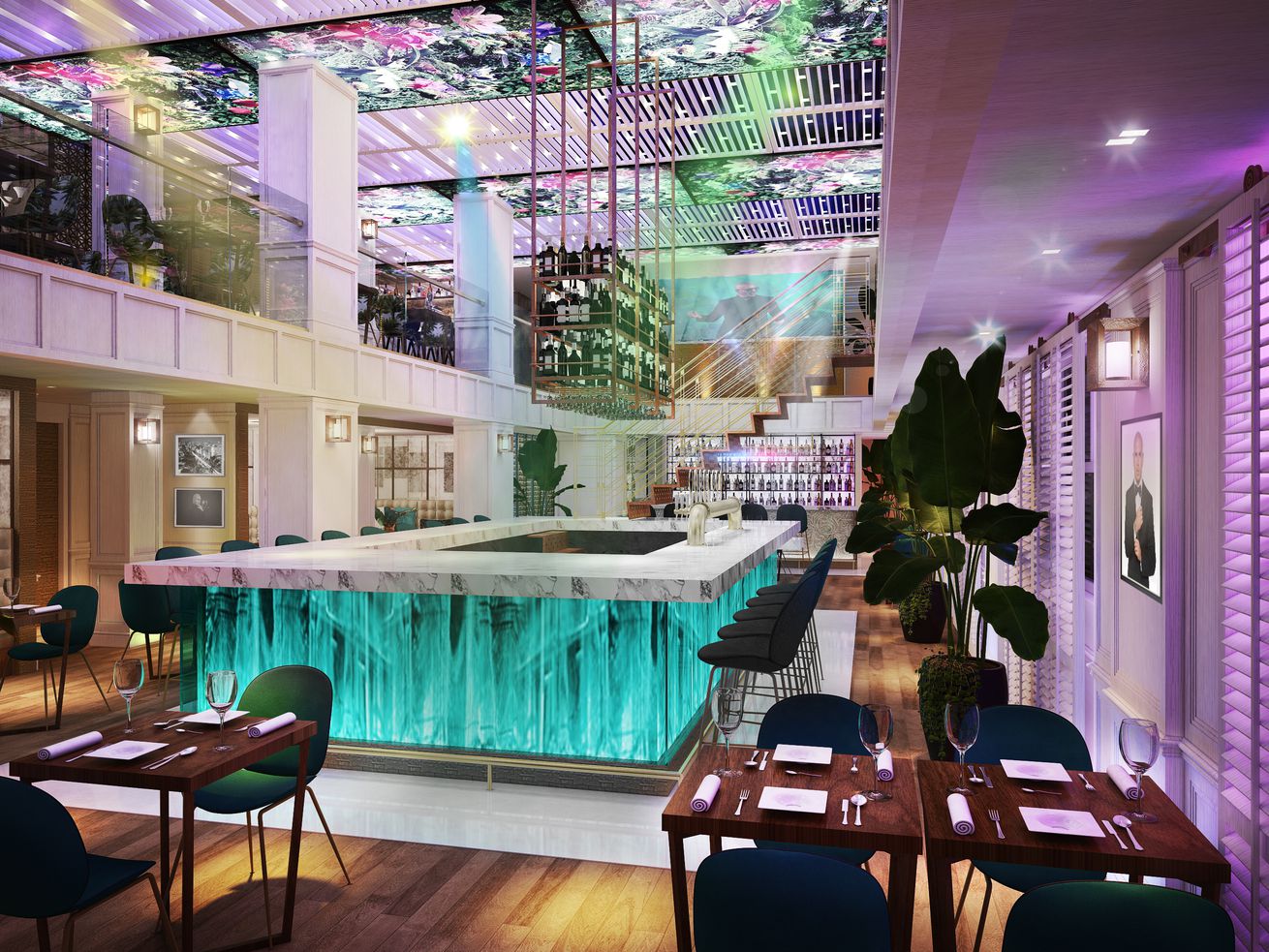 The restaurants to get excited about

As Miami’s “quiet season” — or this year, not-so-quiet season — comes to an end, it’s time to put the restaurant openings in full force again. Plenty of heavy hitters are coming to the Magic City this fall including new restaurants from celebrities like Pitbul and Pharrell, award-winning chefs like Brad Kilgore, and newcomers like Mexican chef Javier Plascencia. Here are the 20 bars and restaurants to look forward to the most this fall.

A new bar from the team behind Kendall’s Barley, it’ll be inspired by pre-Castro Havana featuring classic Latin cocktails, frozen drinks like Daiquiris, an oyster program and light bites.

The food hall planned for inside MiamiCentral — the home of the new Brightline’s Miami Station — will feature more than 20 different vendors from groceries, quick grab-and-go food to more formal sit down options from places like Rosetta Bakery, 800 Degrees, Kuenko and more.

South Florida-based pie shop, Pink Pie, will open its first brick-and-mortart shop offering both sweet and savory mini pies, “pies’cream sandwiches” and pie milkshakes with the available flavors of the day, plus an extensive coffee program.

David Grutman and Pharrell Williams are partnering up for the first time restaurant and bar in the Miami Design District. On the first floor will be the swanky and “Instagramable” Swan, led by Top Chef Europe’s season three winner chef Jean Imbert, while the second floor will house Bar Bevy, a bohemian-meets-chic bar and lounge.

This Asian and Japanese-inspired cocktail lounge will be the first of two spots Brad Kilgore will debut in the next few months. The Tokyo-style drinking den will feature cocktails by in-house mixologist Nico de Soto and Asian dishes developed by Kilgore.

Both eateries, located within the soon-to-be open Cadillac Hotel & Beach Club, are spearheaded by Mattei but will feature very different cuisine. Donna Mare will pay homage to Mattei’s Italian roots with traditional Italian fare and seafood, wood-fired pizzas, meats and house-made pastas. Bungalow by the Sea on the other hand will be an ocean-view venue surrounded by tropical palms and will offer a raw bar complimented by the largest assortment of rosé on the beach.

Gold of Naples and Passione Napoletana

These two eateries will open at the same time and be joined together by a shared patio. Gold of Naples will offer more casual, street food fare, while Passione Napoletana will serve more than 30 different types of pizzas along with pastas and other Neapolitan dishes.

Heat players Dwyane Wade and Udonis Haslem are bringing 800° Woodfired Kitchen to the East Coast. The mini-chain offers up dishes like pizzas, rotisserie meats, salads and bowls, appetizers and more.

This Baja-Med seafood concept by Javier Plascencia, will offer up dishes from city of Tijuana with flavors from Mexico, the Mediterranean and Japan.

Taquiza’s “Casa de Masa” is heading back to its South Beach roots after the sudden closure of its original Miami Beach location earlier this year. Its new location will feature the same menu that made the original location so popular, plus a full liquor license that will keep the cocktails flowing into the wee hours of the night.

CVLTVRA located in the ME Miami Hotel will feature a menu of dishes showcasing chef Sebastian La Rocca’s studies around the world and his Latin American roots with 30 different small and medium size plates intended for sharing.

Guy & The Bird will offer yakitori cuisine “with a twist” paired with rotisserie offerings in North Miami, along with a sake program and a variety of wine and beer choices.

La Cerveceria de Barrio is bringing its first U.S. location to Lincoln Road. With more than 35 restaurants in Mexico, La Cerveceria serves up classic Mexican cuisine like fish tacos, tuna steaks and beef burritos, plus a large variety of beers and margaritas.

A casual Italian restaurant with an emphasis on seafood, Dōma will serve up a menu divided into bites, appetizers, pasta/risottos and mains that are meant to be an individual dish. Dōma also will also feature a wine fridge, private dining room area and outdoor dining area.