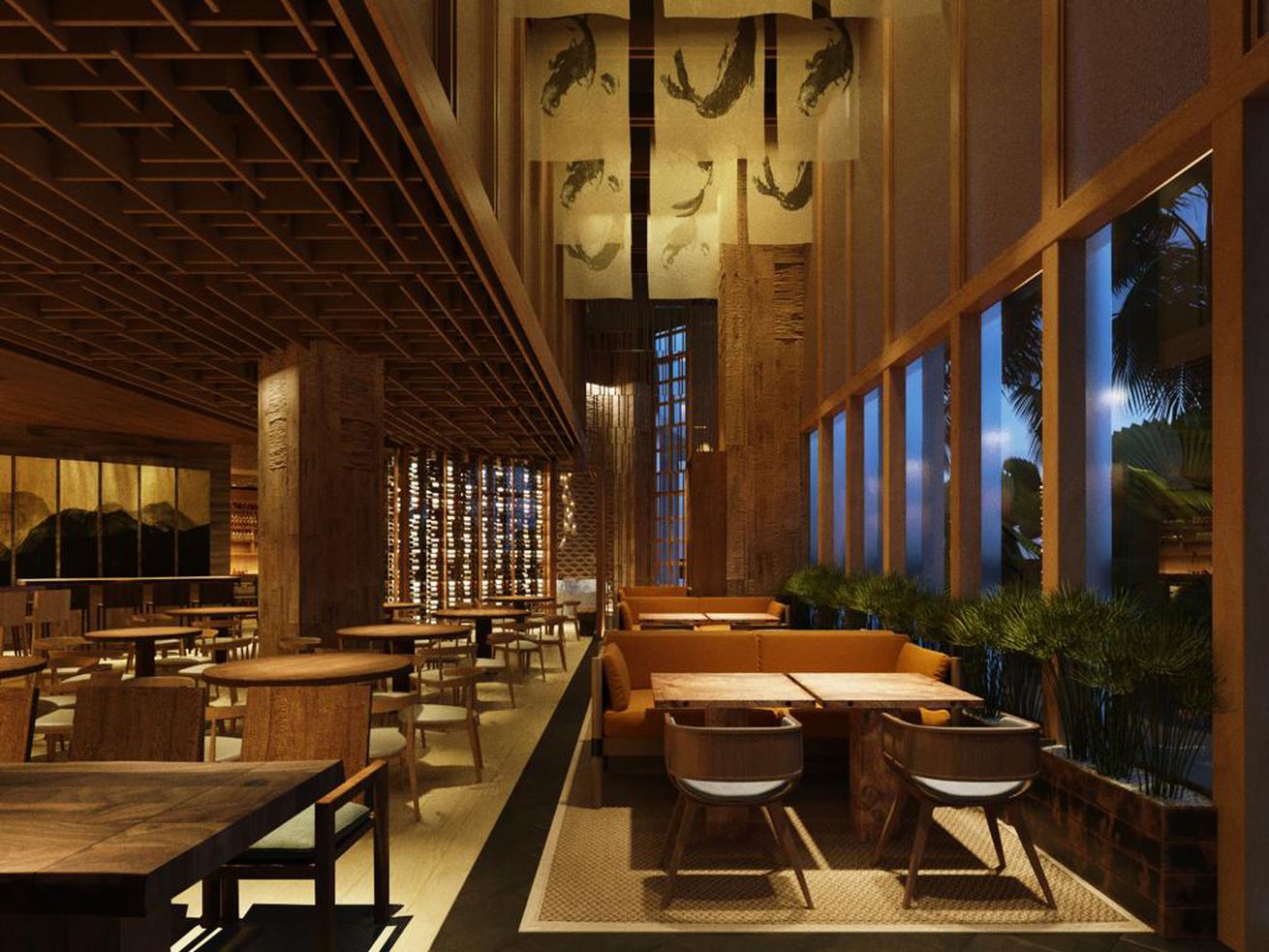 What to look forward to during Miami’s “winter”

Everyone knows that winter is more a state of mind than actual season here in sunny South Florida. As always, this is the season with the most marquee restaurant and bar openings and this year is no exception. From new restaurants from Miami culinary stars like Brad Kilgore, Michelle Bernstein and Antonio Bachour, to sprawling new food halls, and even a restaurant by mister 305 himself, Pitbull, here are the restaurants to look forward to this winter.

Housed in the former Swine Southern Table & Bar space, DeRosa and Goldsmith will debut a new American style eatery that is described as “approachable” and will feature a “sophisticated playfulness” while the interiors of the space itself will focus on art. Also on board for the new project are Sam Ross of New York City’s Attaboy to oversee the bar program along with sommelier Daniel Toral.

The food hall planned for inside MiamiCentral — the home of the new Brightline’s Miami Station — will feature a variety of different vendors from groceries, quick grab-and-go food to more formal sit down options from places like The World Famous House of Mac, Rosetta Bakery, 800 Degrees, Kuenko and more.

Looks like an opening is finally in sight for the Citadel, the Little River food hall that has been years in the making. The 60,000-square-foot space will feature counter service outposts from Miami favorites like Taquiza, Stanzione 87, and Antonio Bachour, along with a grab-and-go market and a co-working space.

After 15 years of friendship and collaborations, bartender Julio Cabrera and James Beard Award-winning chef Michelle Bernstein will debut a “beverage-focused” space featuring Cuban cuisine with a modern twist. The bar and café will pay homage to traditional “Cantinero” cocktail culture and will feature a variety of Cuban-style dishes, along with live music and an outdoor patio for guests to enjoy cigars and dominoes.

Brad Kilgore’s second food and beverage outpost, housed right under his recently opened Kaido, Ember will focus on classic and modern bistro fare, wood-fired dishes, steakhouse-style meats and sides. The restaurant will also boast a wine selection of more than 100 bottles and a full-service bar focusing on interpretations of classic bourbon and martinis as well as vintage liquors.

The Lincoln Eatery will bring together 16 counter service and grab-and-go restaurants serving everything from traditional deli fare to salad bowls to the Lincoln Road district.

South Florida-based pie shop, Pink Pie, will open its first brick-and-mortart shop offering both sweet and savory mini pies, “pies’cream sandwiches” and pie milkshakes with the available flavors of the day, plus an extensive coffee program.

Nikkei restaurant Osaka — which boasts nine locations in South America — marks its North American debut with its Miami outpost, bringing to the city a menu that merges Japanese techniques with Peruvian ﬂavors and ingredients.

The incredibly popular Time Out Market is heading to South Florida with a food hall consisting of 17 different eateries for its first U.S. outpost. The market has tapped some of the area’s biggest culinary players like Norman Van Aken, Giorgio Rapicavoli, Jeremy Ford, Michael Beltran and Alberto Cabrera to open up inside its 17,500-square-foot space.