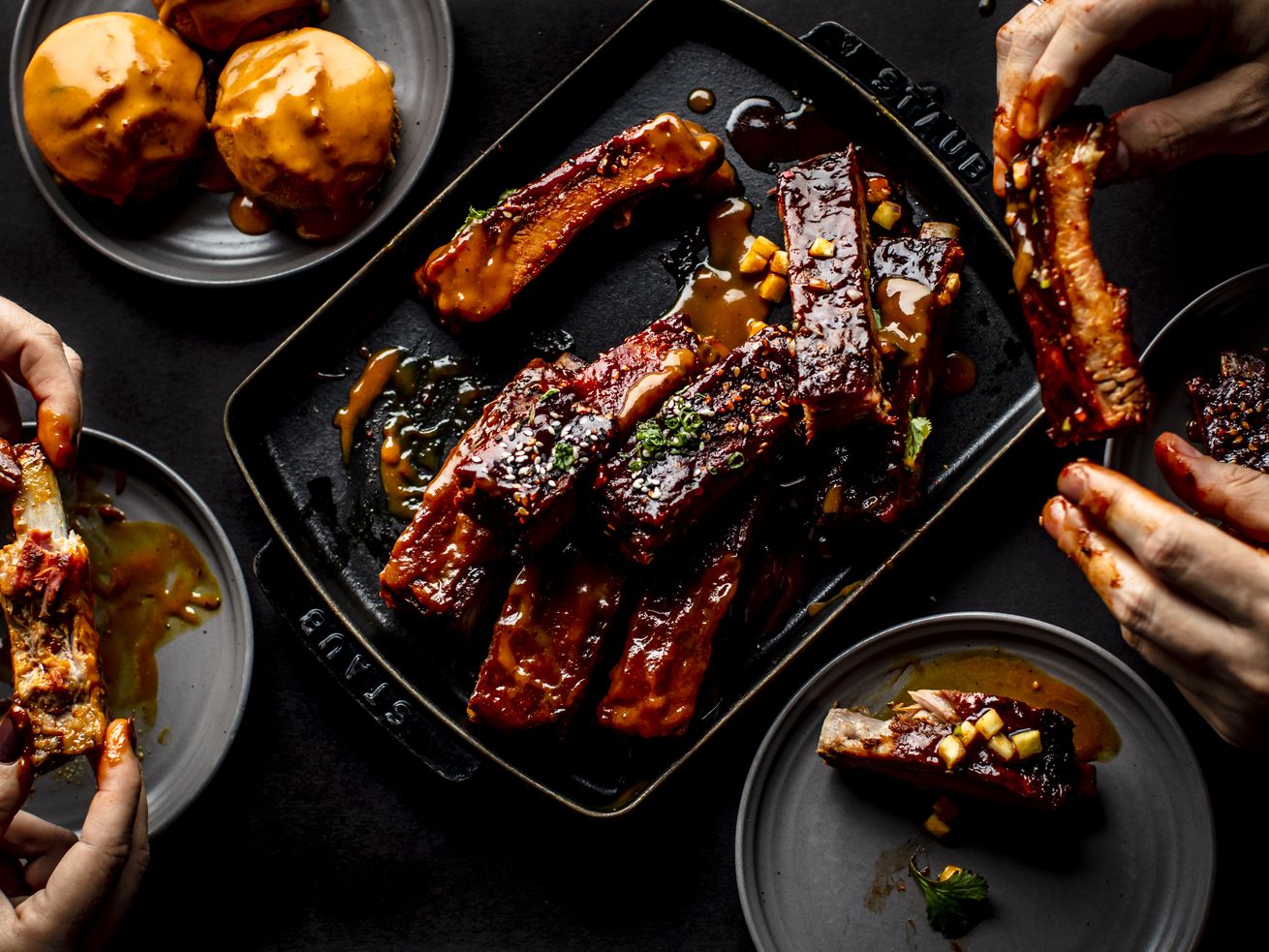 The restaurant, which debuted in San Fransisco in November 2017 after a pop-up run, centers around a menu with “global approaches to fire, grilling and smoke.” Think items like smoked burrata, Korean short ribs, roasted cauliflower and St. Louis Style pork ribs that are a reflection of Mina’s extensive cooking background and Curry’s own Jamaican-Chinese-Polish-African-American heritage. The bar offers up a variety of cocktails, meant-to-be-shared punch bowls, alongside beers and wines.

As for the space, it plays off both masculine and feminine touches. The outside terrace is decorated in neutral and bright pink accents including a neon sign saying “Drink a Little, Smoke a Little.” Inside is outfitted with brass and wood furniture along with maroon and red color palate that apparently is meant to “resemble different cooking times of meat ranging from rare to well done.” (Maybe don’t disclose that fact to the vegetarians in the group.)

While this might be Curry’s first foray into Miami, Mina has been a fixture on city’s culinary scene for the past 10 years, spearheading eateries like Bourbon Steak, Stripsteak and Pizza & Burger. And while International Smoke has been a sought after reservation by hungry diners and celebs — former president Barack Obama and Chrissy Teigan recently spotted eating there — the restaurant hasn’t been received all too well by critics in other cities.

The restaurant is now open daily serving lunch, happy hour and dinner, from 11:30 a.m. to 10 p.m. Sunday through Thursday and until 11 p.m. Friday and Saturday.