Topped off and nearing completion, one of the finishing touches to Zaha Hadid’s One Thousand Museum in Miami may also be one of its most exciting, the addition of a rooftop helipad to offer visitors spectacular skyline and ocean views. What’s more, the aeronautical addition will be the only one of its type to grace a residential tower along the entire Eastern Seaboard. 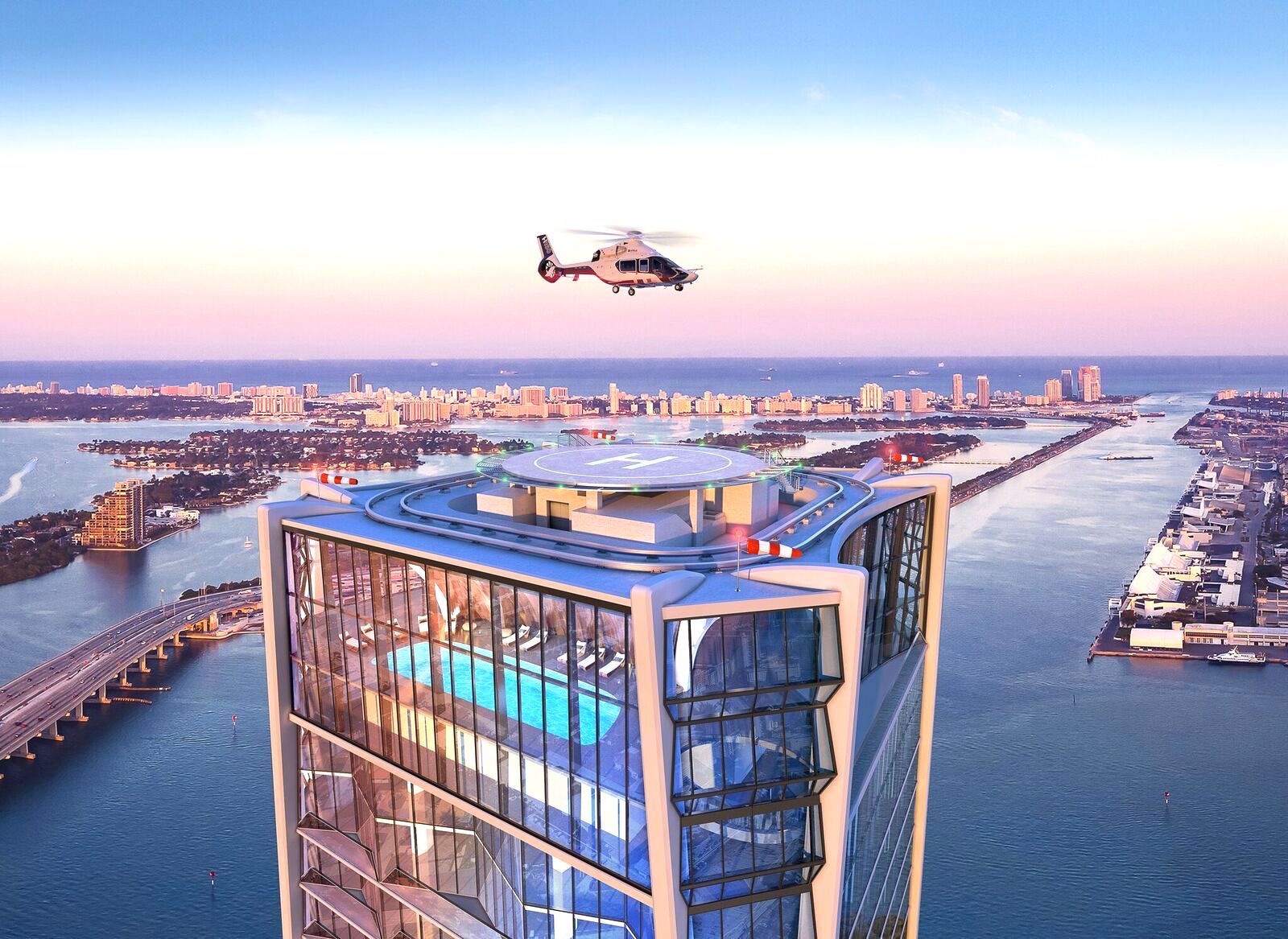 Rendering of helipad in operation, image via Zaha Hadid

Built with an eye towards whisking residents to and fro either from Miami International Airport or the Florida Keys, the helipad represents a first-rate luxury service, the rooftop amenity perched delicately above the top floor pool deck and lounge. 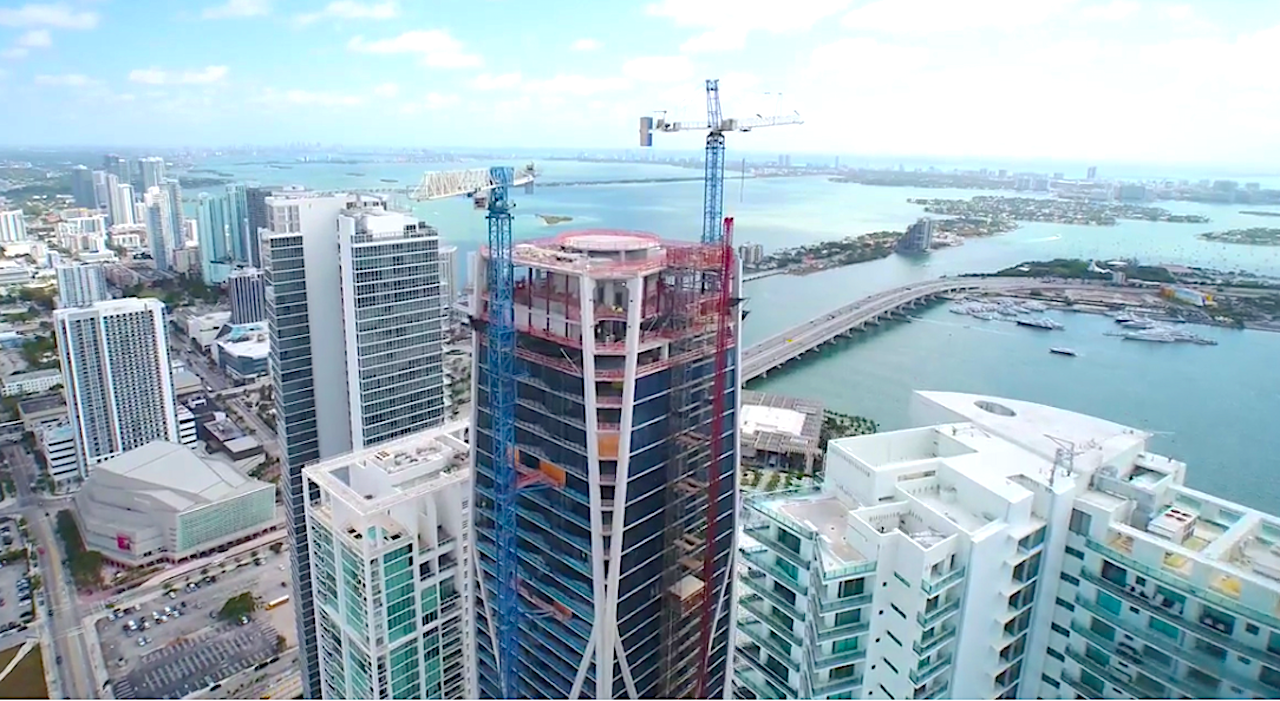 Viewed above and below, recent drone footage of the helipad provides a fantastic view of the top of the tower along with a detailed glimpse of the construction still underway. 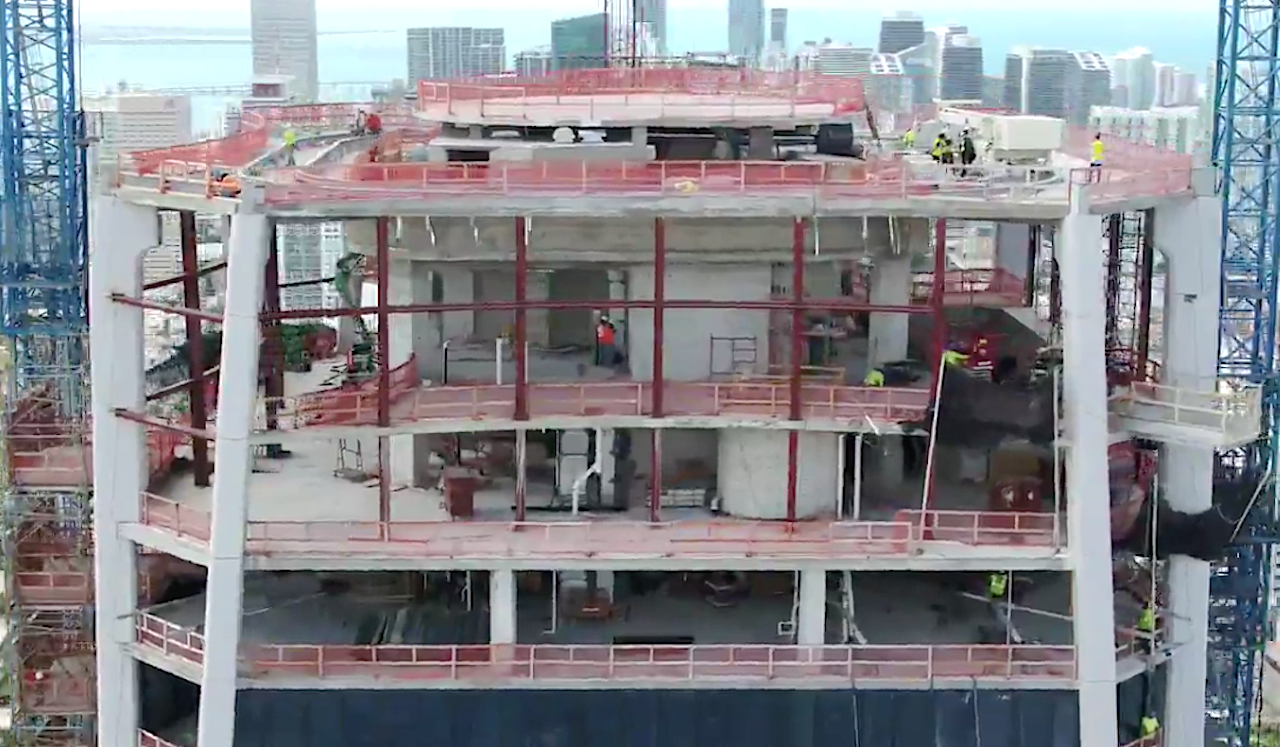 Once complete, Zaha Hadid’s legacy project will be a magnificent fixture upon the Miami skyline, the 62-story One Thousand Museum to be a welcome addition to the city’s world-famous waterfront.