Robotic furniture system coming to an apartment building near you

Transforming small spaces into so much more

First announced in 2016, Ori is the most sophisticated “all-in-one” furniture system we’ve seen yet. In a nutshell: It’s a multifunctional module that serves different functions with different configurations, which can be controlled via a physical controller attached to the system, a mobile app, or voice commands for the Amazon Echo and Google Assistant.

“Hey Alexa, can you ask Ori to make the bed?” This might just be the line to catch everyone’s attention in the promo video below, which demonstrates an enticing array of spaces an Ori system can create in a tiny apartment—from a standard living area to a yoga studio to a “walk-in closet.”

The Ori prototype was tested by Airbnb guests in Boston for over a year. In an interview with Curbed, Ori CEO and founder Hasier Larrea says adjustments have been made based on their feedback, including raising the height of the bed and fine-tuning reliability and safety features (such as the bed knowing to stop expanding when it hits something.) The current production model incorporates two dozen additional user feedback-based updates, such as a manual mode that allows people to move their Ori furniture systems during a power outage. 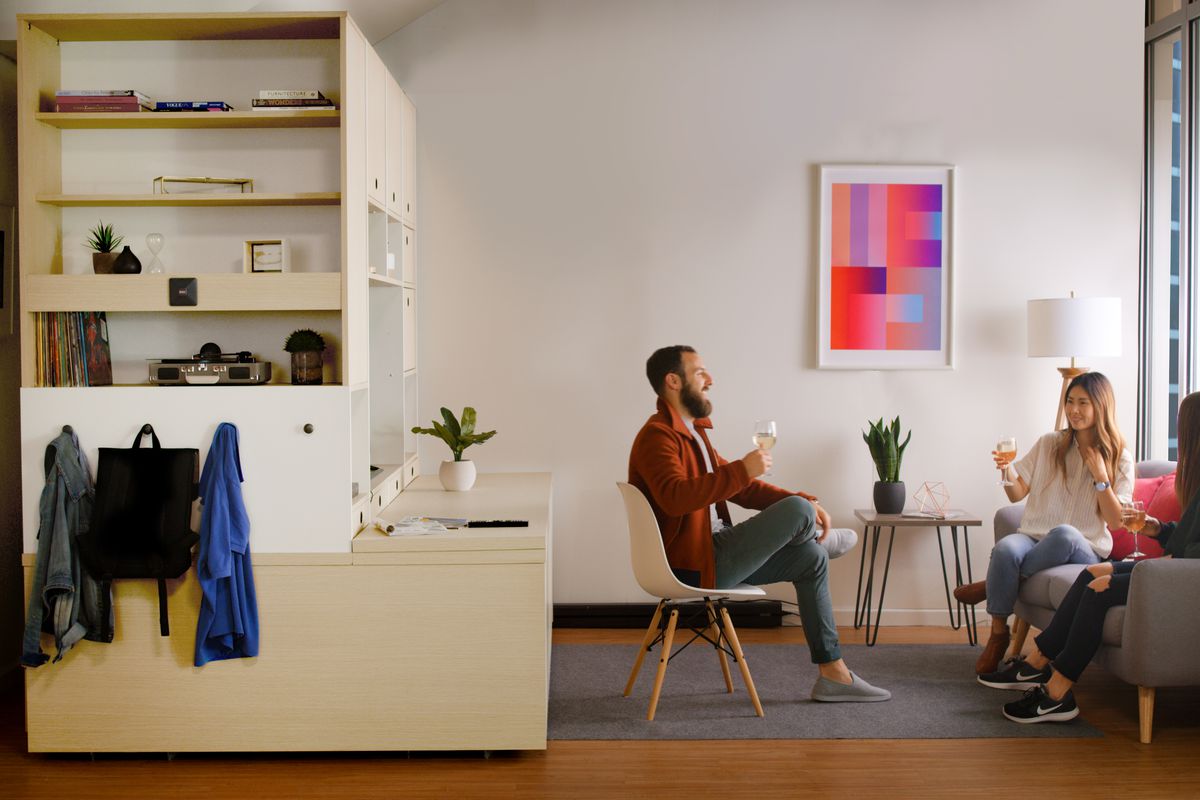 Made of poplar plywood, the Ori system comes in two colors (light and dark), two sizes (full and queen), and two orientations (the bed can expand from the back in larger spaces or from the front for smaller spaces).

The system is flatpack and connects to the room itself in only two places: the outlet and a gliding track system essentially taped to the bottom edge of the room. This nonintrusive assembly makes it easy for developers to transform a regular rental into a smart one.

The whole system costs some $10,000 to put together (with most of the expense falling on the furniture rather than the technology). According to Maria Masi of Brookfield Property Partners, whose New York City property The Eugene already has an Ori system installed in a model studio, an Ori-equipped apartment could command hundreds more dollars in rent since it would be positioned as a studio that functions more like a furnished one-bedroom.

Model Ori systems are currently installed in modern apartment complexes like The Eugene in 10 cities around the U.S. and Canada.