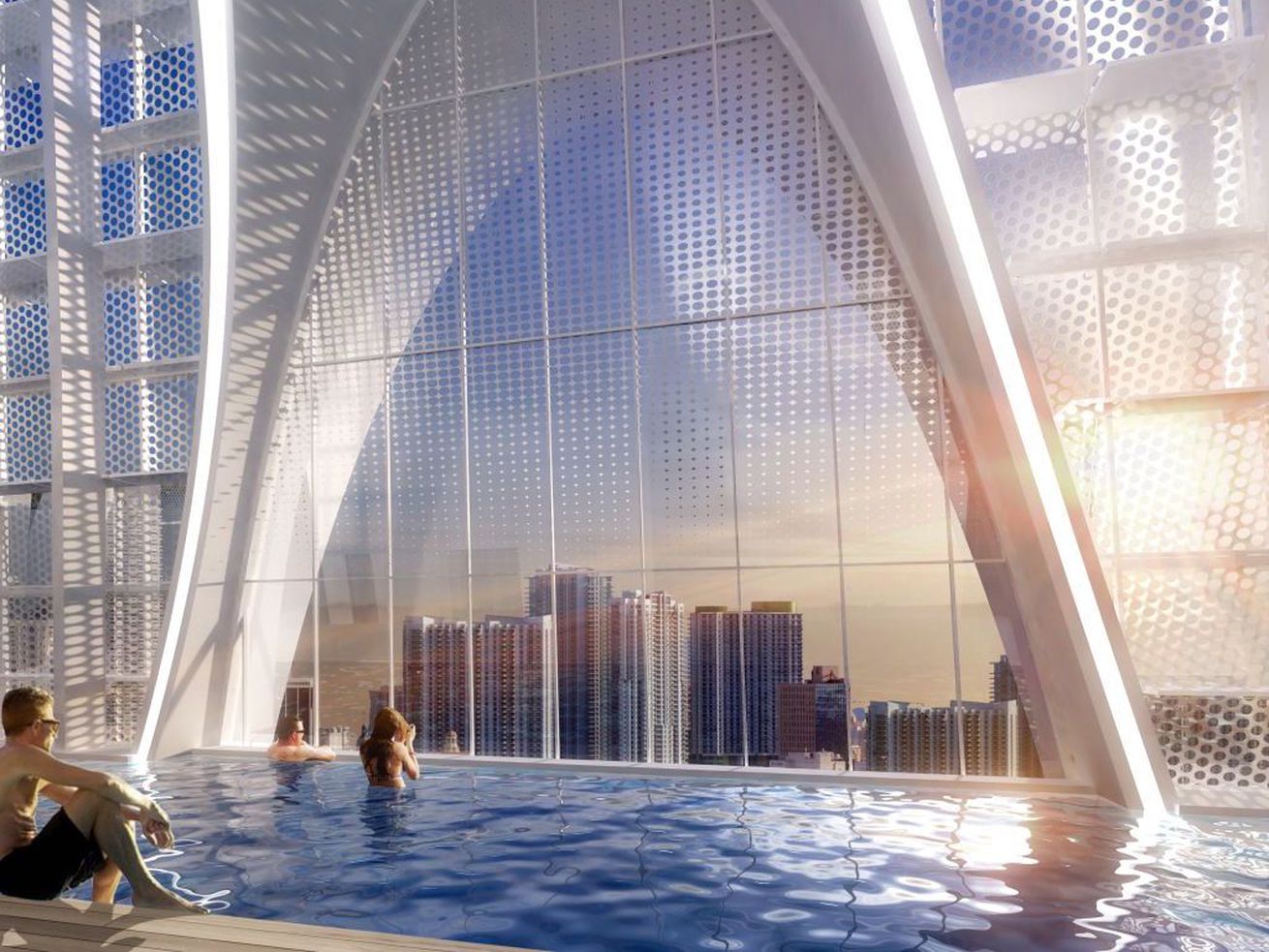 After receiving the green light from the Urban Design Review Board in October, Miami’s upcoming Okan Tower project is moving full speed ahead with its sales and marketing efforts. If all goes to plan, the soaring downtown skyscraper aims to break ground by the end of the year.

The new $300 million high-rise—slated for the corner of N. Miami Avenue and 6th Street—will top off at 890 feet, not the 956-foot mark as previously reported. The revised height figure would still eclipse Miami’s 868-foot Panorama Tower, which currently holds the title of the city’s tallest building.

Developed by Istanbul-based real-estate developer Bekir Okan and his company Okan Group, the mixed-use project is expected to feature 389 condo and condo-hotel units, which will be operated as guest rooms when their owners are away. The project will also include 294 full-time hotel rooms operated by the Hilton as well as retail and restaurant space.

While Okan Tower will undoubtedly appeal to Miami’s traditional luxury homebuyers, its developers are hoping to also court investors from Turkey and recently completed a 3,000-square-foot model unit in Istanbul.

Investing in the South Florida project could prove attractive for wealthy Turks amid the economic uncertainty following the reelection of authoritarian President Recep Tayyip Erdogan, speculated the Wall Street Journal. “The Turks love Miami, the weather, and the stability in politics,” Mr. Okan told the publication, via an interpreter.

Even the project’s architectural design, created by Miami-based firm Behar Font & Partners, has connections to its developers home country. Okan Tower’s exterior crowd resembles a tulip—the Turkey’s national flower. In addition to its elevated “sky pool” the development also lists a hammam, or traditional Turkish bath, among its many amenities.

Since launching sales in May, the project has lined up buyers in both the US and abroad. Last month, Okan Group CEO Kasim Badak told The Real Deal that 45 units were already reserved. The development team is hoping to break ground in the fourth quarter of this year. Anticipating a 40 to 45-month construction schedule, Okran Tower is targeting a 2022 delivery date.