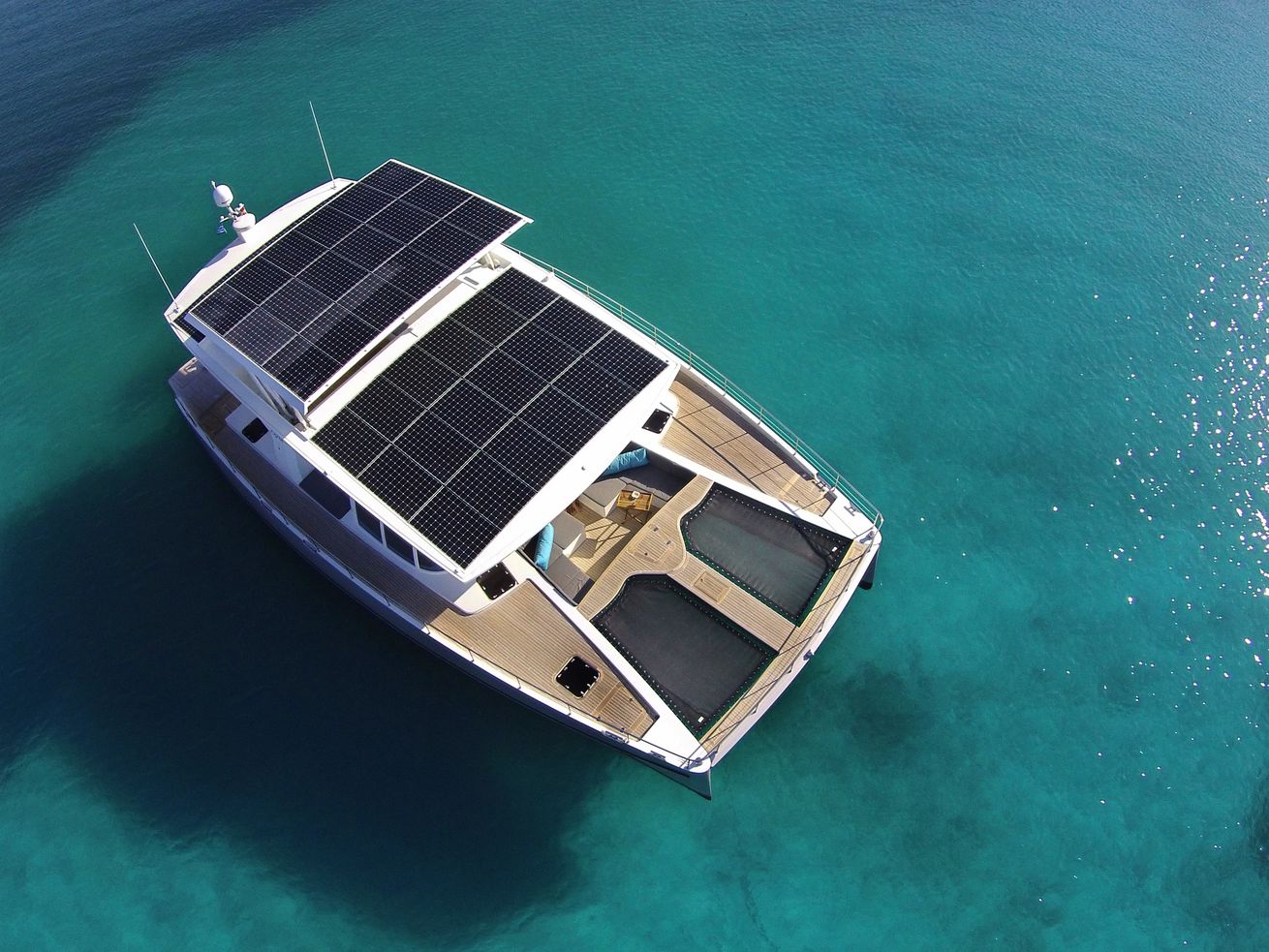 The world’s first self-sustainable solar-powered yacht, Silent 64, made its second appearance this month in a Miami marina on Collins Avenue.

The modern boat made its initial Florida debut at the Palm Beach International Boat Show in March 2018.

Silent Yachts held a tour of its fleet of “next generation of yachts” on May 10 that includes a a solar-powered vessel, Silent 64, that starts at $2.7 million to build.

The Silent 64 offers a luxury owner’s cabin that comes with a walk-in closet, one queen size bed and one double bed, and a bathroom that has a rainfall shower and a skylight.

The vessel also includes two, large VIP guest staterooms that each come with a queen size bed and a full size bathroom. The yacht’s power catamaran has a large living area with a sliding glass door that separates the living room, kitchen, and back patio.

Kohler says the Silent 64 is already in use in Europe and Asia and it will include Canada and the Caribbean.

“We have had tremendous success with our Solar yachts in Europe and Asia, and now we have found the right distributor to launch in the U.S.,” Micheal Kohler, the CEO of Silent Yachts, says.

According to Silent Yachts, a company that specializes in zero emission, self-sustainable solar powered yachts, the Silent 64 “runs even when the Sun is not shining.”

Here’s how it works: The solar-panels take in more power than the vessel actually needs for everyday functions such as air conditioning or making appliances. The extra power is stored in the lithium ion batteries which power the vessel’s electric motors. The motors can charge even when the yacht is moving.

The Silent 64 uses solar panels that are charged by lithium batteries. The yacht’s silent propulsion system eliminates the need for diesel engines or refueling at a marina to charge batteries, Silent Yacht reports.

An earlier version of this story referred to the solar-powered yacht as the Solarwave 62 and inaccurately described the benefits of said vessel. The article has since been updated with the correct information as of May 23, 2018. The article also mentioned that the tour was held at the Eden Roc Hotel which was inaccurate and later corrected on May 25, 2018.