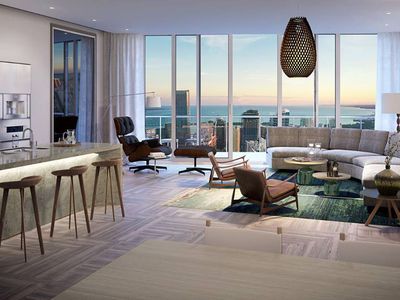 SLS LUX is 100% sold out: the 450-unit luxury tower in Brickell recently sold its final penthouse unit and closing are slated to begin in the coming weeks, according to a release from The Related Group. The development’s hotel and culinary components (like Katsuya by sbe from sushi chef Katsuya Uechi) will open after that.

Speaking of, here’s a video capturing the very tricky installation job as the building’s Botero bronze sculpture is moved into its rightful place in front of the building.