Take a Look Inside The Now-Open Time Out Market Miami 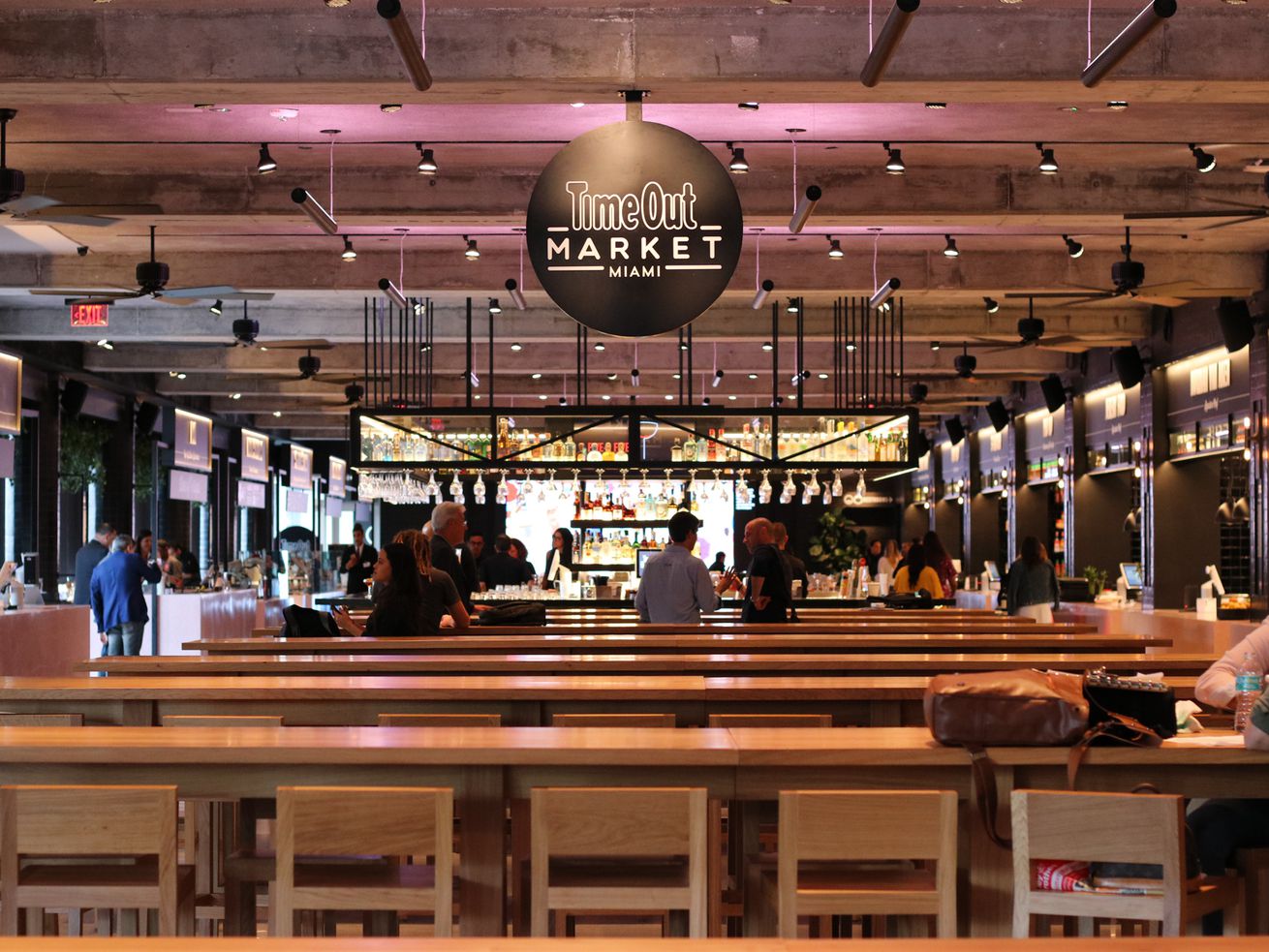 Inside the 18,000 square-foot space there are 18 eateries, a demo kitchen and three bars. Many of the restaurants are helmed by familiar faces in South Florida’s culinary scene including Giorgio Rapicavoli, Top Chef season 13 winner Jeremy Ford, and Norman Van Aken, who serve as the space’s “signature” chefs. They’ll be next to other notable names in the community like Coyo Taco, Kush, Azucar Ice Cream, Miami Smokers, Stephen’s Deli and more. The complete food line up includes:

Aside from these food outposts, the market will also host a rotating three-month residency program kicking off with French Laundry alum chef Miguel Massens who will preview his upcoming restaurant, Antilia. In addition to some a la carte dishes, diners will also have the opportunity to have a five-course, prix-fixe tasting menu on select nights while sitting at the only open-kitchen counter in the market.

To wash all the food back, Time Out Market Miami features three bars: the main bar in the center of the market, and two side bars with monthly rotating activations. All three bars will offer 15 different drinks created by local bartenders from places like the Broken Shaker, Sweet Liberty, and the Generator. In addition, guests can also choose from 25 wine selections, available by the glass or bottle; six varieties of Champagne and sparkling wine; four beer options by local breweries on tap; and two frozen cocktail options.

The market is open daily from 11 a.m. with some eateries opening at 8 a.m. for coffee, juices and breakfast items until 11 p.m. Sunday to Thursday and midnight on Friday and Saturday nights.