Taquiza is Taking its Popular Tacos to North Beach 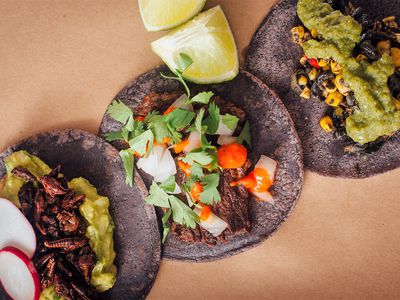 The North Beach location is roughly four times the size of the original South Beach location, according to chef-owner Steve Santana, plus this location will feature something the original also doesn’t have — a full liquor license. Taquiza will open with six mainly tequila and rum-based cocktails, developed by Nikos Mantzaridis along with another “mysterious” bartender who has yet-to-be named. Along with the drinks, it’ll also serve Mexican sodas, a rotating beer selection, sangrias, wine, and a new spicy Michelada using its own house mix.

As for food, Taquiza fans can expect the same menu they’re accustomed to at the South Beach location include 12 different types of tacos ranging from pastor to lengua, four “not tacos” like elota and squash blossom quesadillas, and two breakfast options.

This isn’t the first expansion for the restaurant, which also has plans to open a location in the upcoming Citadel food hall later this year. The North Beach location is slated to open by the end of March.