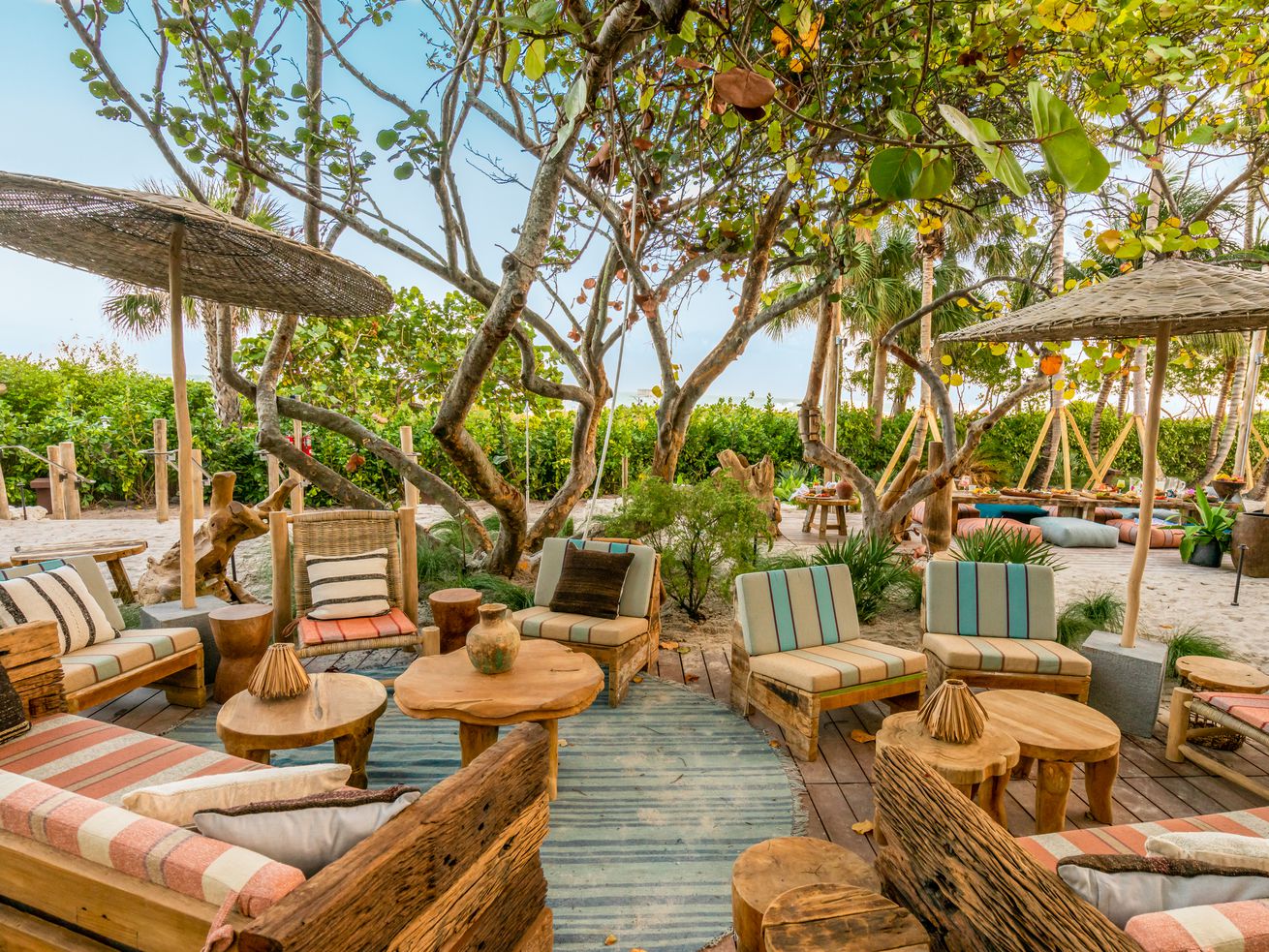 Getaway from it all on Miami Beach

The space, which is open to members and non-members alike, was originally slated to debut in mid-March, but was delayed due to the coronavirus outbreak that shuttered the restaurant industry for months. The massive open-air space features a large center bar, sprawling daybeds, overstuffed pillows, and natural materials.

The 1 Beach Club and Wave and is offering reservations only on Fridays, Saturdays and Sundays from noon to 8 p.m. Wave will be open to members, hotel guests, and the public daily from sunrise to 8 p.m.