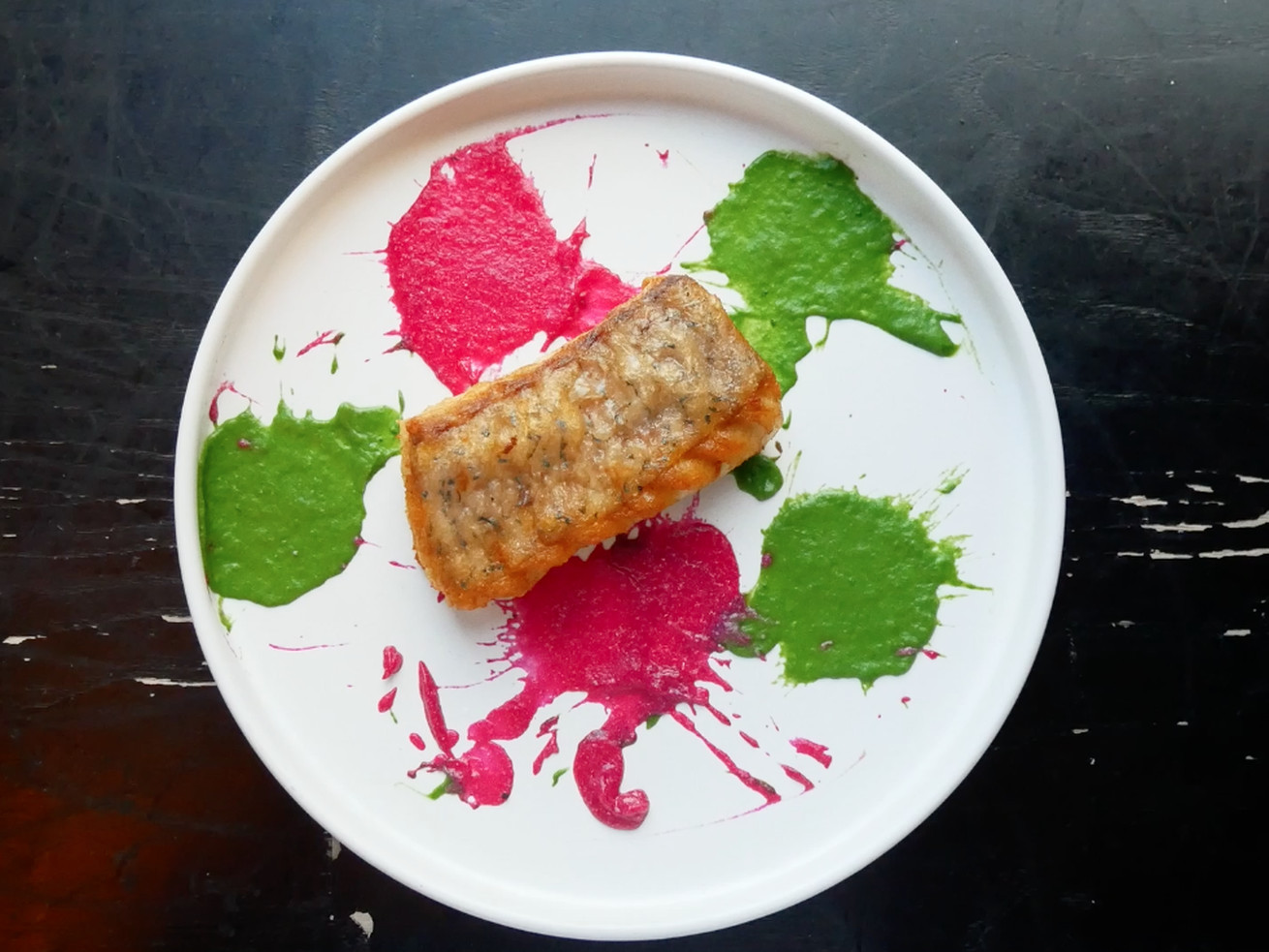 Where to celebrate Art Basel 2018

And just like that, it’s Art Basel time once again. The weeklong art extravaganza was originally centered around art — and the argument whether it still does remains in full force — but now it has taken over the whole city featuring world-class shows, dinners, and activations from Miami Beach to the Gables and just about everywhere in between.

While there are hundreds of events and art fairs that happen over the next week, Eater Miami has rounded up some of the best food and beverage related dinners and pop-ups, events and activations around town. All are open to the public (no doorman bribery here) and either are free, RSVP, or ticketed. Happy Basel-ing.

WHAT: Guests will be able to sip on cocktails, dance to live music, dine on bites from eateries like Night Owl Cookies and Casablanca, while climbing Red Bull’s 30-Foot tall rainbow bridge created by Josh Zubkoff and Srikanth Guttikonda, which promises a bird’s eye view of the neighborhood complete with a 360 degree photo booth.

WHAT: Chef José Ramírez-Ruiz will make his Miami debut at All Day. The chef, who’s been doing pop-ups since closing his Michelin-starred Semilla back in 2017, has created two-day a vegetable- forward menu complemented by natural wines selected by All Day exclusively for the a la carte dinner.

WHAT: Housed in the artsy Wynwood neighborhood Three is offering a nine-course meal during Art Basel, offered at the counter, which gives guests a behind-the-scenes look at the chefs’ culinary work in action with dishes like black truffle glazed grouper, roasted foie gras, and porcelet pig.

WHAT: Those looking for a late night bite can head to the pop-up “La Pepa” food trucks serving bites curated by Global Dining Collection chef José Andrés. A menu of Spanish tapas will be available for purchase for all American Express Card Members, and complimentary to Platinum Card Members plus two guests. American Express will be the only form of payment accepted at both trucks and proceeds will benefit Chef José Andrés’ non-profit, World Central Kitchen.

WHAT: Chef Santiago Gomez, of Cantina La 20 and Taacology has partnered with five local chefs for “menu gallery,” with each dish inspired by a Mexican Art Deco inspired destination. The a la carte dishes will be available for dinner only and include dishes by chefs Diego Oka of La Mar, Carlos Garcia of Obra Kitchen Table, Deme Lomas of Niu Kitchen and Arson, Sebastian La Roca of Cvltvra and Norman Van Aken of Three Wynwood.

WHAT: The team behind Bocas Group will bring all four of their establishments Wynwood for a five day pop-up. Featuring cuisine from Bocas House, Bocas Grill, Francisca’s and and the yet to open Laborejo, a “gastrolab” coming in 2019, it’ll feature highlights from each of the restaurant’s menus.

WHAT: Listen to music “like never before” in one of Deja Vu’s state-of-the-art listening rooms while dining on a specially prepared omakase dinner and sipping Simple Vodka cocktails. All proceeds from ticket sales will go to support hunger relief beneficiaries Feeding America and the Miami Rescue Mission.

WHAT: Feast on a dinner prepared by partner and chef and owner of Zahav, Michael Solomonov, who will curate and host an intimate dinner for Card Members on the 1 Hotel private beach. Proceeds will be donated to Young Audiences Arts for Learning.

WHAT: Dine on plenty of lox, cream cheese and bagels, while listening to a panel with artist and fashion designer Daniel Chimowits, who’s new exhibit showcases colorful “walking canvases” on hand-sewn and upcycled clothing, combining graffiti art and fashion.

WHAT: Latin American artist Galit Garzon will be exciting her art at the restaurant alongside live music provided by Dj Victor Porfidio as well as drinks and food specials by La Piazzetta.

WHAT: Bacardi has teamed up with Swiss Beatz for a two-day event will featuring panels, art works and immersive music performances. This year, the theme for No Commission: Miami is “Take the Shot,” focusing primarily on the medium of photography.

WHAT: Join Simple Vodka for a boozy ice cream social and happy hour featuring as much “ice cream as you can handle” including booze-filled variations, plus cocktails and light bites throughout the night.

Mix With the Best Pop-Up Bar at Doheny Room

WHAT: Fever-Tree has tapped talent from some of Miami’s top bars who will be mixing up their cocktail creations that showcase Fever-Tree’s mixers. On the nightly agenda are Sweet Liberty, the recently shuttered Employees Only Miami, and Bar Lab (the team behind Broken Shaker).

WHAT: The Art Plug Power House will play host to artist Ketnipz’ “Papa Bean’s Pizza Party”where event goers will be treated to an “over-the-top story time” with the Bean on the High Hemp Stage, and will be encouraged to grab a pillow and participate in the largest pillow fight while munching on Pizza Bar’s XL pies with a DIY pepperoni design station.

Andy Warhol and Friends at Acqualina

WHAT: AQ Bar will host an “Andy Warhol and Friends at Acqualina” reception to showcase Fine Art MIA’s original contemporary collection on display at the bar. Guests can enjoy an art talk by Tamar Erdberg of Adamar Fine Arts. Il Mulino New York will provide light bites, wine and the signature cocktail of the night, The Warhol.

WHAT: Close out Art Basel the most Miami way possible with Absolut Elyx, DJ Manuvers, and visual artists David Lavernia, Ivan Roque, and Claudio Picasso at a pool party at Generator Miami, where the artists will host their own pop-up gallery and perform live paintings. Absolut will also be bringing their mermaids to Generator Miami’s pool and decorating the Driftway bar as the copper Elyx House. A portion of proceeds from art sales will go to the All Day Foundation, which provides support to local organizations that care for the needs of children.